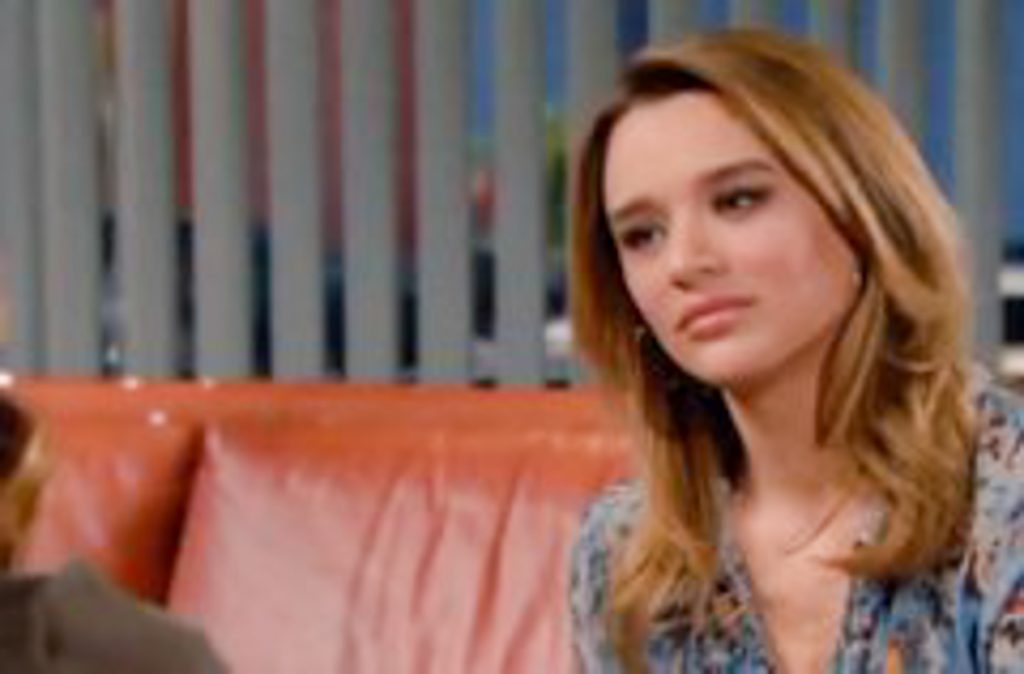 The Young and the Restless (Y&R) spoilers for Monday, December 9, tease that some heated faceoffs are on the way. At Jabot, Mariah Copeland (Camryn Grimes) is looking for Kyle Abbott (Michael Mealor) and is annoyed to find Summer Newman (Hunter King) instead. When Theo Vanderway (Tyler Johnson) is brought up, Summer reveals that they split.

Mariah worries for Kyle’s sake since it’s dangerous for Summer to be single. Summer takes umbrage and thinks Mariah’s being offensive to Kyle, too. After Mariah suggests Summer was using Theo to make Kyle jealous, Summer contends that she has feelings. She’s put out with Mariah over her latest attack.

At the Grand Phoenix, Abby Newman (Melissa Ordway) explains her elaborate scheme to get rid of Phyllis Summers (Michelle Stafford). The victims were paid and the jewelry is all fake. Abby knew it was a risk to bring “Chance” Chancellor (Donny Boaz) into this, but he gave her the proof she needed.

Chance notes that filing a false police report is a felony, but Abby protests that she never truly called the cops. She wants to make it up to Chance, but he confesses he was onto Abby from the beginning. Abby thinks they should toast to what a great team they made and offers Chance the head of security position. Chance promises to give the idea some thought.

At Society, Amanda Sinclair (Mishael Morgan) shuts her laptop as Devon Hamilton (Bryton James) walks over. Devon still feels like Amanda’s hiding things and suggests he could hire an investigator. Amanda denies having Devon’s money and suggests maybe she should get a restraining order. She predicts Devon will apologize eventually, but she wants him to leave now since she’s got a meeting.

Elena Dawson (Brytni Sarpy) spots their argument and looks upset before taking off. Devon notices and follows her to the coffeehouse. They argue since Devon told Elena he’d be working and ended up facing off with Amanda instead. Elena acknowledges that Nate Hastings (Sean Dominic) softened her stance on the lawyer. She asks if Devon’s attracted to Amanda, but he shuts that idea down quickly.

Elena argues that Devon must have an obsession, but he disagrees. Devon rants that Amanda’s nothing like Hilary Hamilton (Mishael Morgan) and thinks Elena’s trying to get out of their relationship. Elena blames the distance between them on Devon and thinks he has to decide what he wants: Elena or to remain in the anger of the past.

Mariah arrives to see Devon down in the dumps later. Devon can’t get past the fact that a Hilary lookalike was part of this scam. Mariah’s in Devon’s corner with it comes to Amanda and offers advice regarding Elena as well. She feels like Devon needs to open up to Elena about what she means to him.

Over with Phyllis at Society, she learns Amanda is hesitant to tackle her wrongful dismissal. It’s the kind of battle that could take years, and Amanda feels like Phyllis is a trouble magnet anyway. This could become another high-profile case, which Amanda isn’t interested in. Phyllis is clearly bothered by the rejection, but she contends that she’ll just take care of it herself.

After Phyllis leaves, Amanda frets on the phone to someone. She’s worried “he” might’ve discovered the tracker and destroyed it. A little later, Elena finds Amanda and seeks a fresh start. Amanda’s on board with that and alludes to loose ends when Elena mentions she seemed upset before. Elena bumps into Devon as she’s leaving and advises him to try having a civilized conversation like she just did. Back with Amanda, she checks on the tracker and is glad to see it’s working again.

Phyllis stops by Jabot and fills Summer in on her latest drama. She admits she was fired and had her case turned down by a lawyer. Summer snarks about Phyllis’ long list of wrongdoings, but she ultimately realizes Phyllis is pretty rattled over all this. Phyllis ends up talking about playing the cards that were dealt, so Summer isn’t thrilled to hear her mom’s doubling down.

Talk turns to Kyle, who Phyllis insists Summer is still in love with. Summer makes it clear that they have a working relationship and that’s all she’s interested in. Phyllis embraces Summer, so they manage to squeeze in some nice mother-daughter moments.

The Young and the Restless spoilers say Summer has much more drama in her future. We’ll give you updates as other Y&R news and rumors emerge. Stay tuned to see what else is brewing in Genoa City.