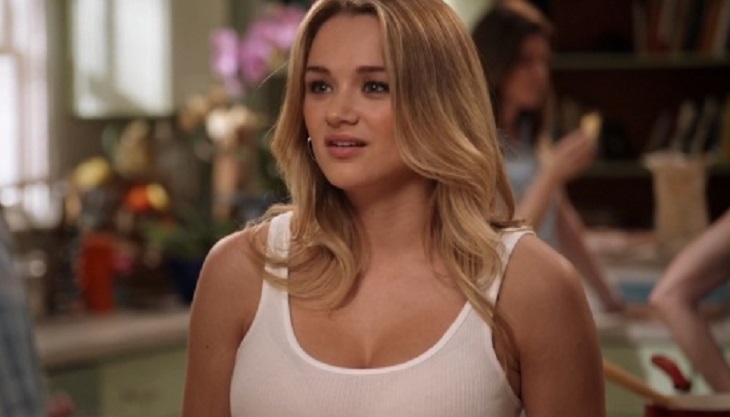 The Young and the Restless (Y&R) spoilers for Monday, December 23, tease that some holiday cheer is coming up. We should note that preemptions have been throwing off Y&R’s schedule lately. This episode was originally meant for Friday, but it will now air Monday. Just keep that in mind as you prepare for some Christmas fun!

For starters, Theo Vanderway (Tyler Johnson) enjoys a visit with Traci Abbott (Beth Maitland) and Jack Abbott (Peter Bergman). At the Abbott mansion, Theo is welcomed and given the scoop on some family holiday traditions. He shares a tradition of his own by offering up some Christmas treats.

The conversation shifts to Jabot briefly, and Jack’s happy to hear Theo’s deal worked out. He believes Theo and Kyle Abbott (Michael Mealor) can figure out a way to coexist at the office. Traci brings out a tray of tea and Theo’s given an Abbott family history book. Jack and Traci want him to know it’s history now as well. Theo gets an invitation to the Abbotts’ Christmas gathering, but he opts to play it by ear.

While Theo shares a toast with Traci and Jack, Kyle brings Christmas tree back to his apartment. Lola Abbott (Sasha Calle) is amused by how large it is, especially since it got stuck! Freshly baked cookies are mentioned, and Lola later opens up some gifts with Kyle. Jack and Celeste Rosales (Eva LaRue) had some childhood ornaments sent over along with one to celebrate their first Christmas as husband and wife. After things turn passionate, Kyle assures Lola this will be the best Christmas ever.

At Society, Phyllis Summers (Michelle Stafford) is excited to help Summer Newman (Hunter King) celebrate her birthday. She announces it loudly to the other customers before chatting with Summer about her job. Summer also discusses Kyle and Theo before Phyllis says something that perplexes her.

Phyllis alludes to a dagger in the heart, but she suggests she was just reflecting on the ghosts of Christmases past and happier times. She makes it clear that she no longer considers Adam Newman (Mark Grossman) a friend. Summer thinks those are overrated anyway and eventually opens up her gift, which is a pair of earrings.

In a moment alone, Summer grins over birthday text messages from Jack, Theo and Kyle. Phyllis returns with dessert from a Parisian bakery and insists Summer’s still the best early Christmas present she ever received. At the ranch, an early holiday gathering gets underway. Billy Abbott (Jason Thompson) and Victoria Newman (Amelia Heinle) will be in Telluride with the kids on Christmas, so this is a good time to celebrate.

Victor Newman (Eric Braeden), Nikki Newman (Melody Thomas Scott) and Nick Newman (Joshua Morrow) are also at the pre-Christmas get-together. Victoria gushes over Billy’s consulting job and how everything’s working out for all of them. Billy looks at a text from Amanda Sinclair (Mishael Morgan) before saying he’s going to check on the kids. Victor decides he’ll go with Billy.

While they’re out of the room, Nick talks to Victoria and Nikki about Chelsea Lawson (Melissa Claire Egan). He confirms that they spent the evening together last night, but she ended up back at Adam’s penthouse. Nevertheless, Nick remains optimistic about his future with Chelsea.

After Victor and Billy reappear, it’s time for a speech. Victor talks about the turbulent times they’ve overcome and shares how proud he is of his children. He’s also glad to have Nikki bring joy to his life. Once Nikki’s favorite Christmas song is playing, Victor dances with his love.

The Young and the Restless spoilers say another great episode’s on the way. We’ll give you updates as other Y&R news and rumors emerge. Stay tuned to see what else is ahead on the CBS soap.

‘The Bold and the Beautiful’ Spoilers: Zoe Factor In Play – Steam Working Together