‘The Bold and the Beautiful’ Spoilers: Zoe Factor In Play – Steam Working Together 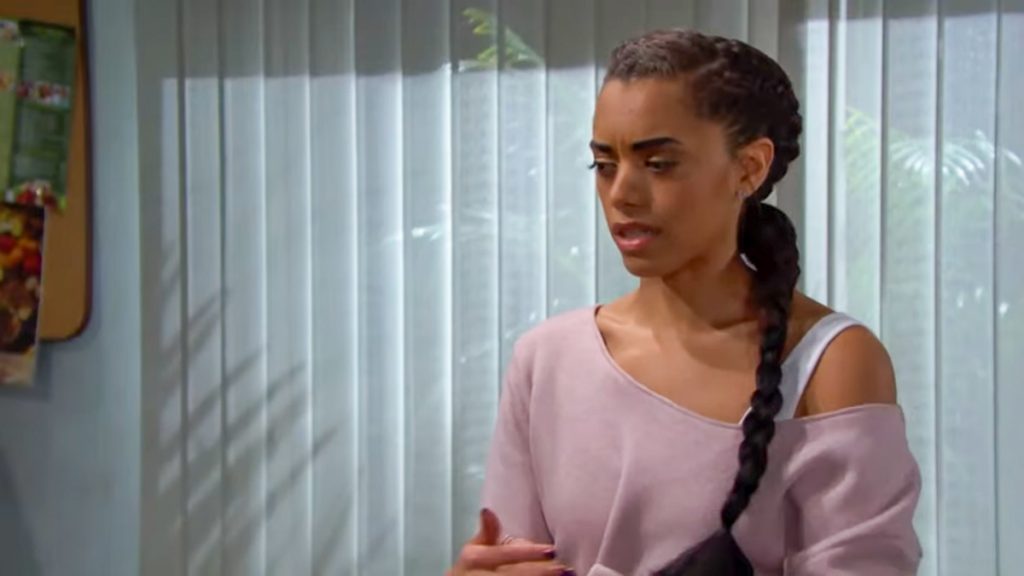 Zoe Buckingham’s (Kiara Barnes) revived importance is playing out on ‘The Bold and the Beautiful’. After soapily running into Thomas Forrester (Matthew Atkinson) in the hallway outside of Vincent Walker’s (Joe LoCicero) modest apartment building, Barnes’ previously embattled character is written back into the daytime picture.

Liam Spencer (Scott Clifton) and Steffy Spencer’s (Jacqueline MacInnes Wood) connection with Zoe leads to them learn unsettling information about Thomas. And, as B&B viewers recall, Atkinson’s character believed that Zoe was someone he could count on.

Bold And The Beautiful Spoilers – Previously Threatened And Now A Friend?

The idea that Zoe just happened to be temporarily staying in the same apartment building as Thomas, during one of his periods of self-imposed exile, was acceptable. Soaps need to develop new plot lines, which is why viewers suspend disbelief.

However, it’s a stretch to believe that Zoe would have so quickly forgiven Thomas, who threatened her during the Beth Spencer (Madeline Valdez and River Davidson) arc. He’s also a reason why Zoe and Xander Avant (Adain Bradley) broke up, as Bradley’s character couldn’t continue to go along with what his then significant other was choosing to conceal.

The idea that Zoe is desperate to work at Forrester Creations is believable, due to the scarcity of legitimate opportunities in her field. Thomas offered her a path to be a model again. That rationalization makes sense.

Yes, ‘Steam’ is the nickname for Steffy and Liam when they were a couple, which they aren’t right now. Despite a past tease about Steffy dating again and speculation about a potential romantic opportunities in the future, she’s still single.

The famous photo of Steffy and Liam still hangs prominently on the wall in the living room at the cliff house. That visually reinforces what Steffy has acknowledged, she would like to reconcile the family she had with Liam. But how can that happen?

Writing both characters together, as part of their attempt to learn information about Thomas’ current intentions, opens the possibility that ‘Lope’ might not survive. Liam and Hope Logan (Annika Noelle) haven’t gotten remarried, so that relationship is arguably tenuous based on developing circumstances.

Zoe senses that Thomas isn’t all there. However, as noted, she’s willing to put this point aside in order to revive her career. But her patience is limited.

Not working in the industry means that she’s had to survive financially. If Thomas isn’t able to soon deliver for Zoe, she’ll have little reason, other than wishful thinking, to be loyal to him and his promises.

Liam and Steffy’s interaction with Zoe and the information she tells them about his plans is alarming. B&B fans know that Thomas hasn’t reformed. Liam wants Steffy to recognize reality, which is why the meeting with Zoe is important.