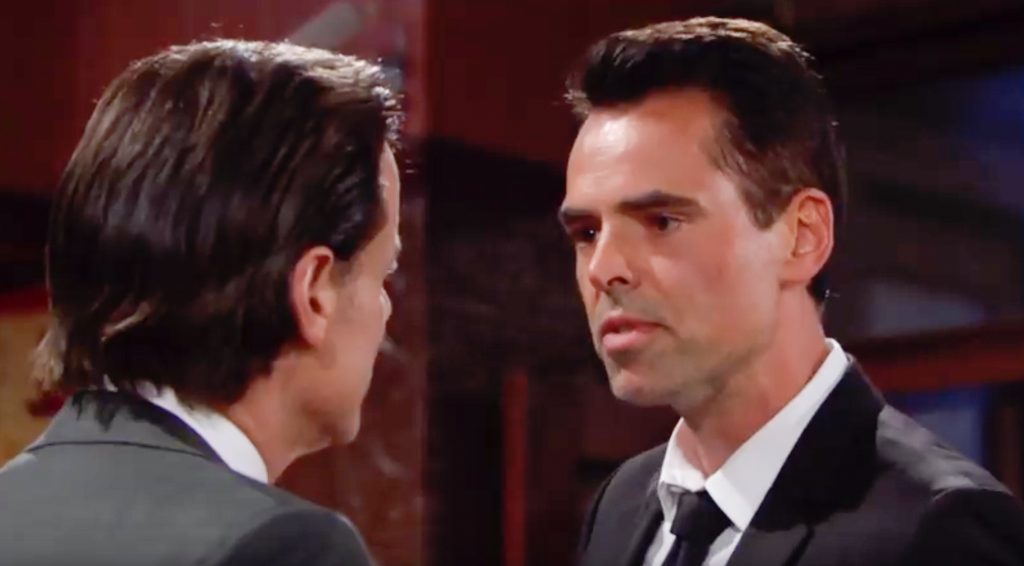 The Young and the Restless spoilers for Monday, August 19, tease that Kyle Abbott (Michael Mealor) and Lola Rosales (Sasha Calle) will be on cloud nine after their wedding ceremony. Guests will mingle and a lot will happen all at once.

Rey and Arturo Learn That Adrian Has Crashed The Wedding

Next on Y&R, Celeste Rosales (Eva LaRue) will take a moment to tell Rey Rosales (Jordi Vilasuso) that his father is on the premises. Rey will then see Adrian Rosales and tell him to leave, but Adrian will say that he’s not leaving without seeing Lola. Then Arturo Rosales (Jason Canela) will appear and Adrian will bicker with his sons for a bit. Arturo will suggest that he and Rey tell Lola that their father’s here, and Rey will caution Adrian to stay hidden for now.

Kyle Throws Theo Out After He Crashes The Reception

Next on Y&R, Billy Abbott (Jason Thompson) will want to talk shop and gripe about the merger, which he’s not happy about. He’ll eventually leave. And about that time, Theo Vanderway (Tyler Johnson) will arrive, and after being cautioned about being there uninvited by Phyllis Summers (Michelle Stafford), Theo will reveal that he’s there with a surprise wake-up call for the groom.

Lola will discover that Arturo made it to the wedding, and she’ll be happy to see him, but he’ll be uncomfortable knowing that Adrian is there, and Lola doesn’t yet know. The bride and groom will have their first dance, while Rey and Arturo catch up. Amidst all the goings-on, Kyle will see Theo appear with a blonde woman, and he’ll go to check out what’s going on.

Theo will ask Kyle if he remembers Zoe Hardisty (Anna Grace Barlow), and of course Kyle will remember her. Zoe will say that she is fine and doesn’t hold any grudges toward them. Kyle will then proceed to apologize to Zoe for Theo using her to try to blow up his wedding, and he’ll tell Theo to get out.

Lola Hears Her Dad Out

Next on Y&R, Lola will then come face to face with her father, who will tell her that he wanted to be there on her wedding day, and that he wants the heartache to end. Lola will want to talk to her father alone, and he’ll make a big appeal to her, but she’ll say that she can’t do this today. Lola will then find Kyle and inform him about her dad being there, but she’ll just want to focus on the wedding now.

Meanwhile, Arturo will find Abby Newman (Melissa Ordway) and will begin to apologize, when Nate Hastings (Sean Dominic) appears and asks if there’s a problem, prompting Arturo to walk away.

The wedding festivities will continue, and Lola will throw the bouquet, which will bounce around from Abby to Summer Newman (Hunter King), Phyllis, Ashley Abbott (Eileen Davidson), then finally to Mariah Copeland (Camryn Grimes), who catches it. Finally, everyone will blow bubbles ad Kyle and Lola kiss. 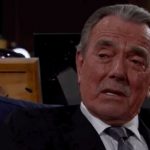 Next on Y&R, Billy will observe as Michael Baldwin (Christian LeBlanc) shakes hands with Adam Newman (Mark Grossman). Adam and Michael will talk, and Adam will say that once Michael is district attorney, they’ll kick things into high gear. Michael will say they’ll have to be careful or else they could wind up in prison, but Adam will say that this isn’t a negotiation.

Afterwards, Billy will approach Michael wanting to know what’s going on. He’ll ask directly whether it has anything to do with Kevin Fisher (Greg Rikaart) leaving town. He’ll wonder why Michael stepped away from Nick Newman’s (Joshua Morrow) custody case, and Michael will tell him to stay out of it. Billy will say that he smells a rat, and the men will spar.

Later, Billy will arrive at home. Victoria Newman (Amelia Heinle) will have been out looking for him, and she’ll be worried that he had another episode. But Billy will say that he just shut off his phone because he needed time. They’ll discuss Michael and how he’s running for district attorney, which Billy will find interesting