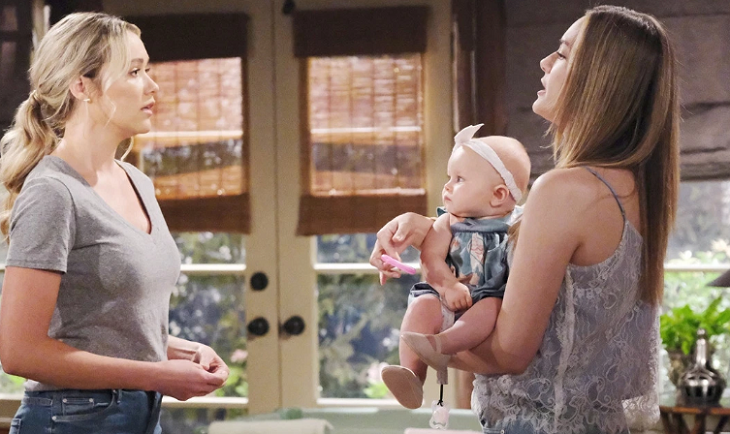 The Bold and the Beautiful recap for Friday, August 16 finds Hope Logan (Annika Noelle) lashing out at Flo Fulton (Katrina Bowden) for keeping a dangerous lie to herself for so long. Also, Flo and her mother Shauna Fulton (Denise Richards) try to redeem themselves. Here’s what you need to know.

It begins at Brooke Logan’s (Katherine Kelly Lang) mansion where the Logans are looking over Beth. Hope says it’s been a long time since they’ve added a member to their family and can’t believe that Flo lied to her for such a long time. Donna Logan (Jennifer Gareis) can’t help but get emotional over seeing Hope reunited with her baby.

Shauna Fulton (Denise Richards) and Flo then enter the cabin. Flo doesn’t think it’s a very good idea that they are there. Shauna tells Flo that she should let her know her side of the story and that she’s not to blame for everything. They hear Hope come in and begin to panic. Shauna leaves out the back door. Flo hides.

She then decides to emerge to speak with Hope. Flo begins by telling her how happy she is to see her with Beth again and then has a flashback of the first time that she met her at the bikini bar. Hope begins to lash out at her by accusing her of stealing her baby from her. 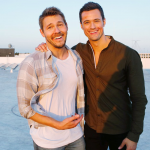 Hope then says that she did so much for her and she realizes how wrong she was when she thought they had a connection. She recalls the time Flo told her to try for a second baby and screams at her that she said nothing when she was grieving Beth this entire time.

Flo tries to tell her side of the story and says that she didn’t know exactly what Reese Buckingham was planning at the time. She’s sorry she played such a horrible role in this.

Flo then recalls the time she found out she was a Logan and wishes she could go back in time and fix everything. She also says that she hates herself and that she knows she’s going to prison. However, she asks Hope if there’s anything she can do to help in her forgiveness.

Back in Brooke’s mansion, the ladies decide that it’s not a good time right now to have a party for Beth as Steffy Forrester (Jacqueline MacInnes Wood) is having a hard time right now. Shauna comes in. She tries to defend her daughter but the Logan women aren’t having it.

Feeling the girl power today on #BoldandBeautiful. 💕 Fun Fact: Today’s episode is all women, and our lovely ladies bring their A game as always! pic.twitter.com/QQ22abC5HN

Shauna says that Flo is a good girl and Katie Logan (Heather Tom) starts screaming at her that no one put a gun to her head. Brooke says it doesn’t matter anymore. Hope will never forgive her.