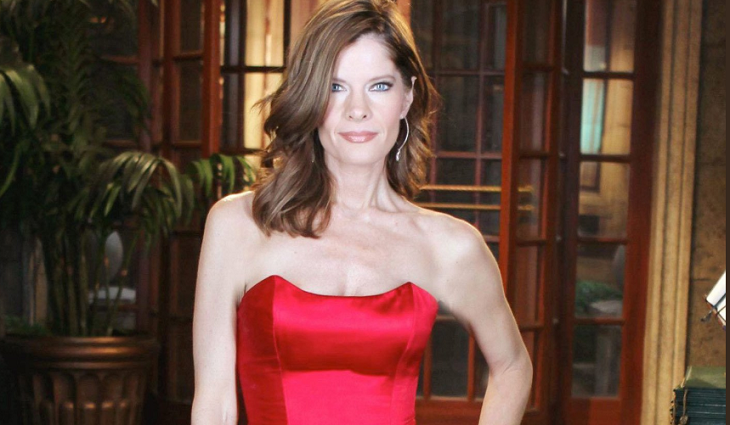 The Young and the Restless (Y&R) spoilers tease that Michelle Stafford is excited to be back as Phyllis Abbott and she cannot wait for the fans to see what she’s been up to lately. Stafford talked to ET Canada and she let them know that Phyllis will be making her rounds getting under everyone’s skin. And, to top it off, she teased that she will be teaming up with a secret partner.

If there is trouble to be had, Phyllis can usually find it. It sounds like that isn’t going to change anytime soon, either. Here’s what you need to know about what’s coming up on Y&R.

It’s been five years since Michelle had stepped into the role of Phyllis and the fans were divided on how they felt about it. Y&R spoilers tease that many were shocked how effortless the change was. It was like Michelle never left and she was always there.

While many viewers do miss Gina Tognoni on Y&R, Stafford promises to bring drama to the show. She wants the fans to love to hate her. One day, the Y&R fans should hate Phyllis for teaming up with someone unlikely and the next they should love her for another reason.

She doesn’t think the actors are doing a good job unless you can spark passion out of people. The fans should scream at the television screen and claim they will never watch again, only to sit back down the following day to find out what happens next.

One. More. Day. @TheRealStafford is officially back on #YR tomorrow! Don’t miss it. 👏 pic.twitter.com/7am5kvLnla

Young And Restless Spoilers– Is Phyllis Working With Chance?

As for what’s happening next, she really cannot say. All she can say is many people will be shocked by Phyllis’ secret partner. And, she said, it isn’t Adam Newman (Mark Grossman), although she loves working with him.

At this point, it could be anyone. Let’s hope it’s Chance Chancellor (John Driscoll) and he will be returning to Genoa City to help Phyllis bring down those who scorned her.

Check out her new video and see for yourself what she has to say about what’s coming up for Phyllis Abbott. Are you excited Michelle Stafford is back? Do you think she will end up burning Adam?