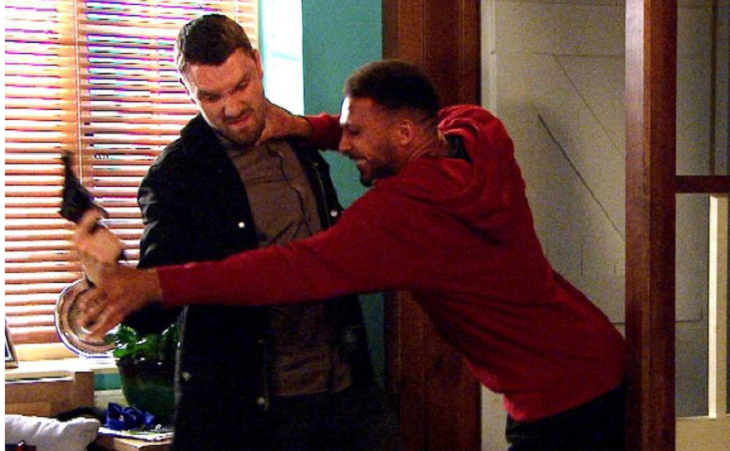 “Emmerdale” released spoiler pictures that will give viewers a hint of what’s about to happen in the week that starts June 24. The week starts a failed robbery and ends with emotional confrontations.

On June 24, Billy Fletcher (Jay Kontzle) will pretend that he’s all in on Max’s (Jordan Reece) plans to rob a van. What the latter doesn’t know is that Billy has something under his sleeve, which he believes will put Max away for good.

Billy actually informs the police about Max’s plan despite the latter’s warning that everything should go well this time around. Although he manages to sabotage the plan, the authorities warn him that Max may find out that he double-crossed him.

Emmerdale Spoilers– Billy Tries To Forget About The Botched Robbery

On June 25, Billy tries to forget about the botched robbery and the threat of Max coming after him as the villagers gather for a football match. Viewers will see Bear Wolf (Joshua Richards) take his job as a coach seriously but also notice a familiar face. Chris Kamara will make a cameo appearance as he will be the one who manages the other team. 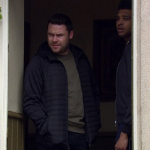 How will the villagers and Bear respond when he introduces himself? How will the game end with both Bear and Chris try to prove themselves by winning the game?

Will Someone Get Shot On Emmerdale?

On Tuesday’s episode, viewers of “Emmerdale” will see Max target Billy’s family as he takes revenge for Billy’s betrayal and bursts into the cottage. Armed with a gun, Max orders Jessie Dingle (Sandra Marvin) to call Billy. When Billy gets home, he and Max fight over the gun, which leads to someone getting shot in the midst of the chaos.

On June 26, Laurel Thomas (Charlotte Bellamy) and Jai Sharma (Chris Bisson) grow even closer to each other but tries to keep their budding relationship under wraps. But things aren’t looking good for them thanks to Rishi Sharma (Bhasker Patel).

TONIGHT: Will Pete tell Rhona about 'that' kiss? #Emmerdale pic.twitter.com/7E9nHIIaGg

On June 27, Dawn Taylor (Olivia Bromley) will finally get to spend time with Lucas, something that she’s been hoping to happen for a long time. As she faces Lucas nervously, she tries to maintain her composure especially after Lucas initially ignores her. But the nerves will start to get to her as she notices that Lucas isn’t responding to her at all.

Viewers will see Harriet Finch’s (Katherine Dow Blyton) wall crumble as she lets Will Taylor (Dean Andrews) in for a chat. Tensions rise when Dawn catches them and accuses them of sleeping together.

Meanwhile, Bernice Blackstock’s (Samantha Giles) fears that Liam Cavanagh (Jonny McPherson) is keeping a lot of secrets from her is growing stronger. She “accidentally” spills his bag as she tries to discover what he’s hiding. That’s when she finds the balaclava, which drivers her paranoia into overdrive.

On June 28, Bernice demands to know the truth and confronts Liam over what she’s found. How will he react? Viewers have to stay tuned to find out what’s next.