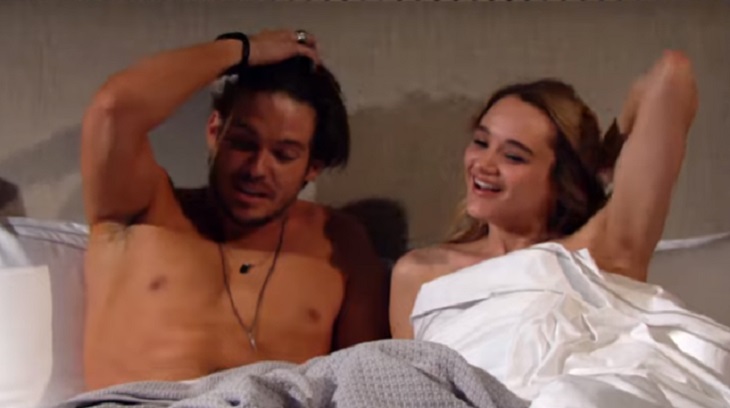 The Young and the Restless spoilers indicate that fans will be seeing the new Theo (Tyler Johnson) very soon. Luckily, we’ve got a little information you need to know about him right here. The actor recently opened up about how he got the role and how nervous he was before getting that all-important phone call.

Tyler tells Soap Opera Digest in an interview, “I got a last-minute call from my agent that Nancy Naylor, the casting director, wanted a tape the following morning. I was all set to leave town for a climbing trip, but the opportunity was too good. I printed the script out at a Kinko’s on Vine Street in Hollywood and headed home to work on the material.”

Young And The Restless Spoilers – Theo Arrives In GC

Thankfully Tyler says that he got some help from his real-life leading lady. He added, “I read with my girlfriend in a stairwell with a tripod we rigged with some duct tape and a sheet over the emergency light. It was less than ideal, but perfect at the same time. I used to watch The Young and the Restless when I stayed home from school and The Fresh Prince of Bel Air.”

Before he got his response from the producers, Tyler admits that he was on pins and needles! He further said, “I was nervous. I really wanted it. It’s hard to admit that as an actor, you tend to want to build a wall, but I was very vocal about wanting the role.”

Young And The Restless Spoilers – Theo and Summer Heat Up

Now as far as what’s in store for Tyler, we know so far that he will be pursuing a new romance with Summer Newman (Hunter King). And even though the ink hasn’t even dried yet on their divorce papers, Kyle Abbott (Michael Mealor) has already moved on with his love, Lola Rosales (Sashe Calle).

However, there’s a very good chance that Kyle will be keeping a close eye on Summer and Theo. Now, that’s not to say that he wants to break them up, but there’s a chance that he might be very jealous. After all you always want what you can’t get (or don’t have anymore, right)?

Days Of Our Lives Rumors: Nicole and Holly On Xander’s Island For Safekeeping?