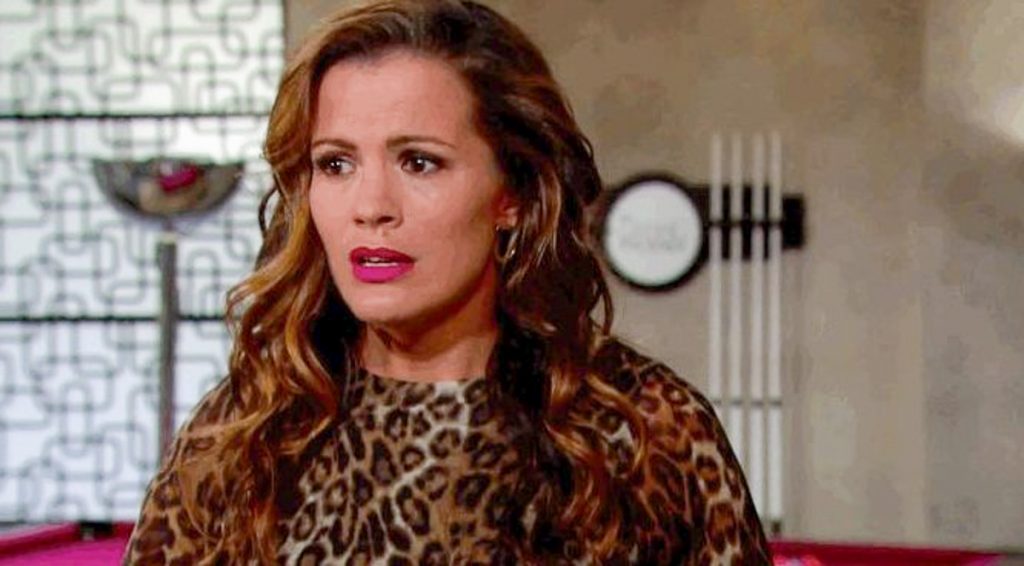 Thanks to Connor Newman’s (Judah Mackey) nightmare, Chelsea gets summoned to Adam Newman’s (Mark Grossman) penthouse. Once Chelsea takes off, Nick tells Jack Abbott (Peter Bergman) that Adam will use Connor to his advantage. He feels confident Adam will try to manipulate Chelsea, but he’s also certain it’s not going to work.

At Adam’s place, Chelsea works her magic on Connor with rhymes and familiar tricks to comfort him. Adam’s surprised by how easy it is for Chelsea to calm Connor down. She talks about their bond before teaching Adam a technique he can use. Later, Connor tells Adam he likes when his mom’s there, so Adam admits he does as well.

Over the phone, Kyle Abbott (Michael Mealor) pushes Jack to investigate Theo Vanderway (Tyler Johnson). He wants Jack to dig around and see who Theo really is. Jack’s adamant that Theo is family and doesn’t feel they have anything to lose by taking a chance on him. Kyle just hopes Jack won’t regret this.

Kyle eventually joins Mariah Copeland (Camryn Grimes), who’s put a blindfold and headphones on Tessa Porter (Cait Fairbanks). Lola Abbott’s (Sasha Calle) also on hand for “Teriah’s” anniversary party, which Tessa’s still in the dark on. Mariah leads Tessa back into the office before getting some help with the finishing touches.

Once Abby, Sharon Newman (Sharon Case) and Rey Rosales (Jordi Vilasuso) arrive, Mariah brings Tessa back out for the surprise. Tessa’s moved that Mariah did all this for her, and they get some kind words from their guests. Kyle tries to take the credit for getting Mariah and Tessa together. They downplay his involvement, but Kyle notes that he helped them click on the GCAC roof deck that night.

Lola expresses her gratitude for Mariah and Tessa’s friendship. Soon after, Sharon makes a speech about her earlier doubts and how she’s happy to have been proven wrong. After Mariah reads Tessa a sappy poem, Abby gives one more toast and there are cheers all around.

Once the others are gone, Mariah and Tessa share a sweet moment alone. They slow dance and talk about their love before leaning in for a kiss. Tessa and Mariah decide to head home to continue their celebration. At the coffeehouse, Sharon and Rey continue their night as well.

After Sharon explains why she changed her mind about Tessa, she comes clean about her own world feeling smaller. Mariah’s in a committed relationship, Noah Newman (Robert Adamson) is halfway around the world and Faith Newman (Alyvia Alyn Lind) is off at boarding school. Rey’s eager to concentrate on what’s ahead and asks Sharon to dance with him.

Back at the Grand Phoenix, Phyllis Summers (Michelle Stafford) interrupts Nick’s chat with Jack and doesn’t seem thrilled about his political aspirations. Nick questions Phyllis once they’re alone. She’s worried this is what will finally turn Nick into his father.

Nick makes it clear that he’s not Victor and takes Phyllis’ hand. He pulls her close, which Abby isn’t pleased about when she appears. Once Nick’s gone, Abby tells Phyllis she shouldn’t even think about it. Phyllis counters that since so many people think she’s going to make a move on Nick, she may just have to “hit that” again.

Nick returns home and meets up with Chelsea, who relays that Connor may be trying to push his parents together. That brings some suspicions from Nick. He wonders whether it’s Connor or Adam who’s pulling the strings.

The Young and the Restless spoilers say some fantastic scenes are on the way. We’ll give you updates as other Y&R news and rumors emerge. Stay tuned to see what’s next in Genoa City.

Days of Our Lives Spoilers: Gabi Facing Jail Time For Tampering With Julie’s Heart And Her Life