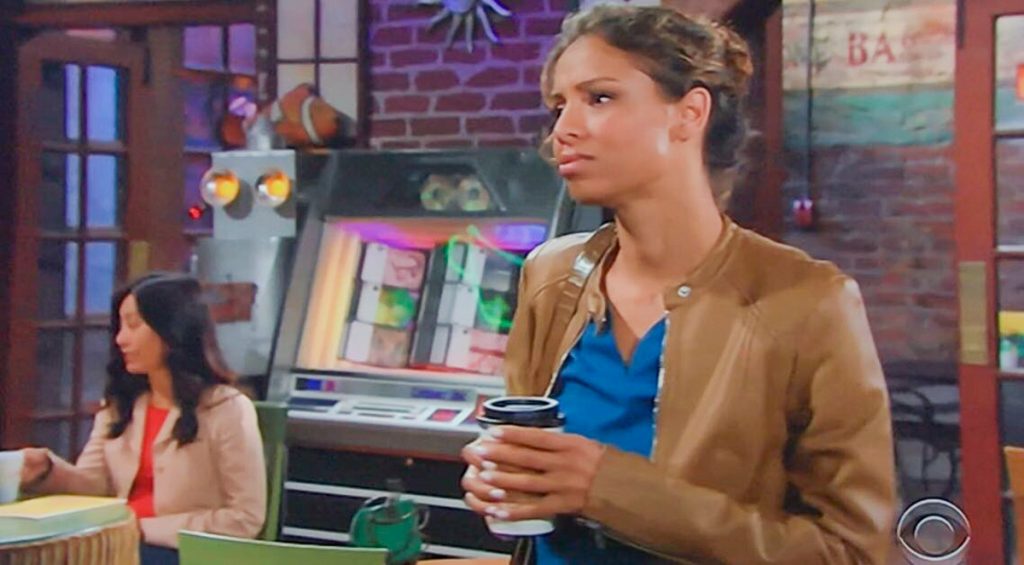 The Young and the Restless (Y&R) spoilers for Thursday, October 24, tease that Devon Hamilton (Bryton James) will continue to struggle. At home, Devon’s wrestling with this will decision. It’s left him with an unexpected moral dilemma, but Elena Dawson (Brytni Sarpy) soon receives news that takes center stage. She gets emotional when she learns Jett Slade (Gilbert Glenn Brown) may have cancer.

Devon promises to pay for Jett’s care and starts dealing with all the travel arrangements for Elena. Nate Hastings (Sean Dominic) assures Elena that he’ll look out for Devon while she’s gone. A little later, Devon questions Elena before her jet departs. He’s curious what Elena would do in his situation, but Elena notes that they’ll be OK no matter what Devon decides. However, she suggests speaking with Lily Winters (Christel Khalil) could help.

Over with Billy Abbott (Jason Thompson), he finds out Adam Newman (Mark Grossman) is back in town. Victoria Newman (Amelia Heinle) fills Billy in and voices her concerns. She doesn’t want Adam’s return to send Billy down a dark path again, but he reassures his love. Billy reminds Victoria that he’s been going to his therapy sessions and no longer fantasizes about revenge. 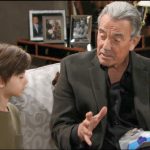 At Jabot, Kyle Abbott (Michael Mealor) talks to Summer Newman (Hunter King) about the house hunting being on hold. Lola Abbott’s (Sasha Calle) visiting family in Miami, so they’ll resume when she gets back. The topic of Nick Newman’s (Joshua Morrow) wedding gift comes up, which was the house he was going to give Summer and Kyle. It leads to some awkwardness, but Summer insists it’s all behind them.

Next, Billy blows in and is cranky as usual. Kyle eventually confronts him and sparks another shouting match. He feels like Billy’s just waiting for him to fall on his face. Billy basically admits that’s true and rants about Kyle needing to work his way up. He feels Jack Abbott (Peter Bergman) gave Kyle too much power.

At Society, Theo Vanderway (Tyler Johnson) is eating when Abby Newman (Melissa Ordway) appears. She makes it clear that they’ll have a problem if Theo causes trouble for Lola. Theo thinks it’s great that Lola and Abby were able to remain friends after Arturo Rosales’ (Jason Canela) betrayal. It gives him hope that things will work out with Kyle, but Abby is skeptical that they ever really had a friendship.

Abby makes her way over to Victoria, so they discuss their love lives and Victoria’s permanent CEO gig. Abby feels Victoria is the ideal person to carry the torch. Once Abby dashes off, Summer and Theo walk over. Theo congratulates Victoria about running the show at Newman Enterprises. He brings up branding, but he walks away with Summer after Victoria’s associate shows up.

Once they’re alone, Theo gushes about how much he’d love to work at Newman. Summer assures Theo that Victoria can be even more cutthroat than Victor Newman (Eric Braeden). She plays up the benefits of working at Jabot instead. Afterward, Summer starts talking about Abby’s betrayal with Austin Travers (Matthew Atkinson).

Finally, Theo sends Lola a simple yet significant text. He lets Lola know she’s missed, so he’s playing a dangerous game here! The Young and the Restless spoilers say Theo will cause another battle with Kyle before long. We’ll give you updates as other Y&R details and rumors emerge. Stay tuned to see what else is ahead on the CBS soap.

Days of Our Lives Spoilers: Evil Jordan Losing Steam – Rafe Is Suspicious Of Her Behavior