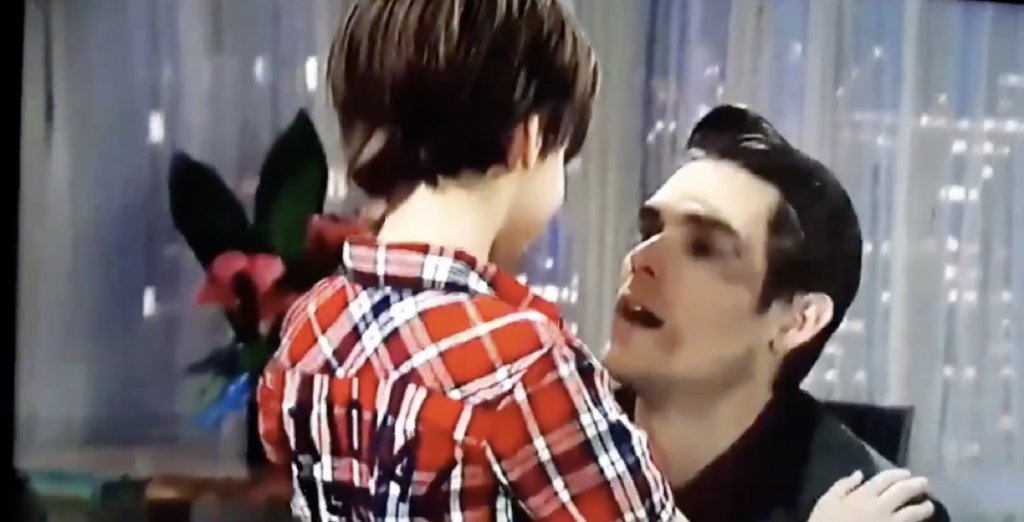 The Young and the Restless spoilers for Friday, August 9, tease that Kyle Abbott (Michael Mealor) and Lola Rosales’ (Sasha Calle) bachelor/bachelorette party will be out of control. Summer Newman (Hunter King) and Abby Newman (Melissa Ordway) will continue their catfight, while Kyle and Theo Vanderway (Tyler Johnson) start throwing punches.

Lola will decide that she’s had enough and will get on the microphone and yell for everyone to stop what they’re doing. She’ll give a little speech and ask for everyone to set their differences aside and get back to having fun. Mariah Copeland (Camryn Grimes) will then take over and make a toast to the couple as everyone applauds.

Next, on Y&R, various conversations will then take place in the aftermath of the chaos, with Devon commending Lola for taking charge, Abby apologizing, and Rey Rosales (Jordi Vilasuso) giving Kyle advice about Theo. 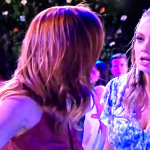 Nate Hastings (Sean Dominic) and Elena Dawson (Brytni Sarpy) will discuss Abby, and Elena will advise him not to chase her. Later, he’ll leave the party with Elena, leaving Abby high and dry, and stunned.

Meanwhile, Jack will tell Kyle that he’ll fly to Miami and won’t come back without Celeste Rosales (Eva LaRue). And Summer and Theo will leave the party together, later getting stuck in the GCAC elevator where they’ll make love.

Victoria will then approach Adam and tell him that he risks losing visitation with Christian if the judge thinks he’s not looking out for Christian’s well-being and knows that he used Christian to get a rise out of Nick. Adam will retort that he reported Nick’s assault to the police and wants him to spend time in jail for it.

Meanwhile, Nick will text Rey to meet him. After Rey shows up, Nick will fill him in about how Adam provoked the assault in the park. Rey will say that he’ll drag his heels on the investigation, but that ultimately he has to go by the book.

Afterward, Nick will tell Victoria that he won’t let Adam win. They’ll continue to discuss Adam, and Victoria will think that perhaps with Connor back, it will give Adam less time to obsess about Christian. But Nick will be worried that Adam will become determined to get custody of both of the boys.

Young and the Restless Spoilers – Connor Newman’s Thrilled To Learn His Father Is Alive, And They Reunite

Next, on Y&R, Chelsea and Connor will talk about life in Genoa City. Chelsea will try to convince her son that he’ll be happy here. Connor will say that he doesn’t have a dad anymore, and Chelsea will proceed to explain that it turns out that his father is alive. This will thrill Connor, and he’ll have lots of questions about the situation. He’ll want to go see Adam immediately. Chelsea will call Adam, but Adam will ignore her call.

Finally, on Friday’s new episode of Y&R, Chelsea and Connor will show up at Adam’s door. An unsuspecting Adam will answer the door and will be surprised to see Connor.

Adam and Connor will hug, and Adam will be thrilled to see Connor again. The two will catch up, and when Chelsea says it’s time to go, Connor will beg his mom to spend the night at his dad’s. Chelsea will agree, but she’ll say that she’s staying overnight, too.