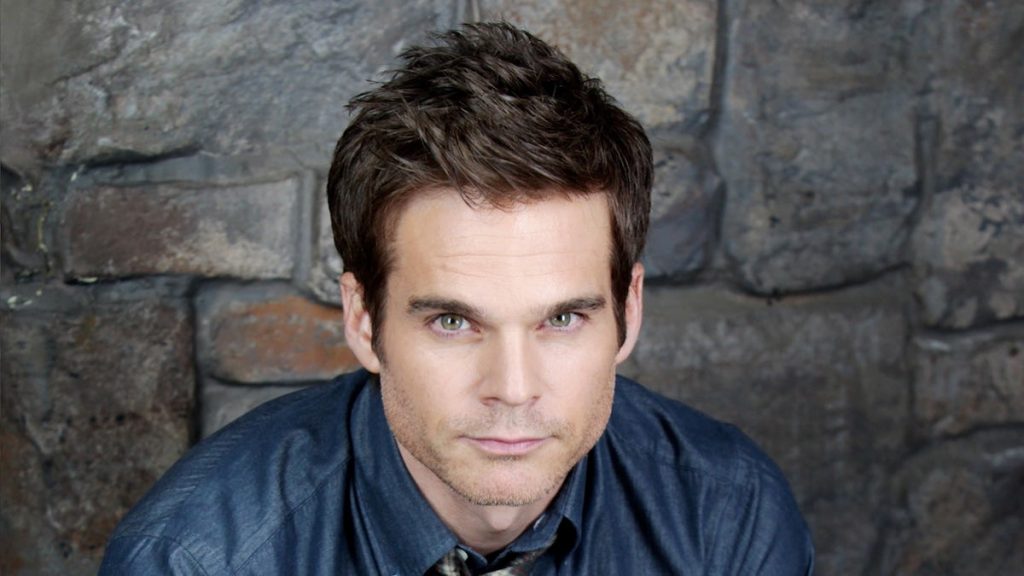 The Young and the Restless spoilers for Friday, August 30, tease that Kevin Fisher (Greg Rikaart) and Chloe Mitchell (Elizabeth Hendrickson) will be in a cabin along with an unconscious Billy Abbott (Jason Thompson). Kevin will tell Chloe that they can’t take Billy to the hospital since he tried to run Adam Newman (Mark Grossman) down. Chloe will have put a splint on Billy’s leg, and she’ll hope that she can help him with his mental issues.

Kevin will then get a text that they’re legally free, which will make them happy, but they’ll also worry that Chloe will be Adam’s first suspect in the hit and run once he realizes she’s back in Genoa City. They’ll surmise that it’s best to act as though they’ve got nothing to hide, and Kevin will say that he has a plan to let the town know that Chloe’s back.

Next on Y&R, Phyllis Summers (Michelle Stafford) will arrive at Adam’s penthouse. He’ll share that someone tried to kill him, and he’ll recount what happened on Route 7. He’ll say that he didn’t see who was driving the car or who pushed him out of harm’s way. Phyllis will think it could have been Billy, but Adam will say that he has ruled out either Billy or Kevin. Phyllis will surmise that Victor Newman (Eric Braeden) was behind it.

Meanwhile, at the Newman ranch, Victor will talk with Summer Newman (Hunter King. He’ll say that Adam is playing a dangerous game, and that he’s capable of nearly anything. Later, Adam will drop by and confront Victor about his latest actions. Victor won’t know what Adam’s talking about, and a shouting match will ensue. Finally, Adam will accuse Victor of luring him with his mother’s handkerchief and trying to run him down. Victor will deny using his mother’s memory in that way. After Adam leaves in a huff, Victor will call someone about finding out who tried to run Adam down.

Next on Y&R, Abby Newman (Melissa Ordway) and Chelsea Lawson (Melissa Claire Egan) will check out The Grand Phoenix lounge, when Phyllis will arrive and needle them about keeping the name The Grand Phoenix, among other things. Chelsea will leave and Phyllis will continue to berate Abby, when Theo Vanderway (Tyler Johnson) and Zoe Hardisty (Anna Grace Barlow) will arrive.

Phyllis will tell Theo that they’ve been dumped but Abby will say that she never fired Theo. Phyllis will be miffed, and Theo will tell Phyllis that they’ll find a new project as Summer arrives. Phyllis will be further miffed that Summer is helping to promote the hotel opening and she’ll leave in a huff. Theo will send Zoe off and the ask Summer to be his date for the hotel opening, and she’ll accuse him of keeping Zoe around because Kyle Abbott (Michael Mealor) and Lola Abbott (Sasha Calle) will be at the opening.

Next on Y&R, at Crimson Lights, Chloe and Kevin will be spotted by Chelsea, who will be shocked to see Chloe alive. She’ll try to call the police since Chloe tried to kill Adam, but Chloe will explain that she was already arrested and beat the charges, which won’t impress Chelsea. Chelsea will say that Chloe put her through hell and will recount everything she went through thinking that her actions may have caused Chloe to commit suicide. She’ll essentially blame Chloe for Adam’s current state. Ultimately, Chelsea will tell Chloe that repairing their friendship just isn’t possible, leaving Chloe shaken.

Finally, on Friday’s new episode of Y&R, Phyllis and Adam will commiserate at Society. Phyllis will vow that they won’t let Abby and Chelsea get away with this. Adam will remind Phyllis that someone tried to kill him, and he’ll recount his earlier argument with Victor. Phyllis will remark that it’s payback time. Adam will want the payback to be personal and long-lasting, and he’ll say that Victor is again cheating death with his blood disease. Finally, he’ll say that he would like to prove to Victor that he’s not invincible.

Be sure to tune in on Friday’s to catch up on everything happening on Y&R right now. Check Soap Opera Spy often for updates, news, rumors, and spoilers!

Are Princess Beatrice And Princess Eugenie Jealous Of Zara Tindall?