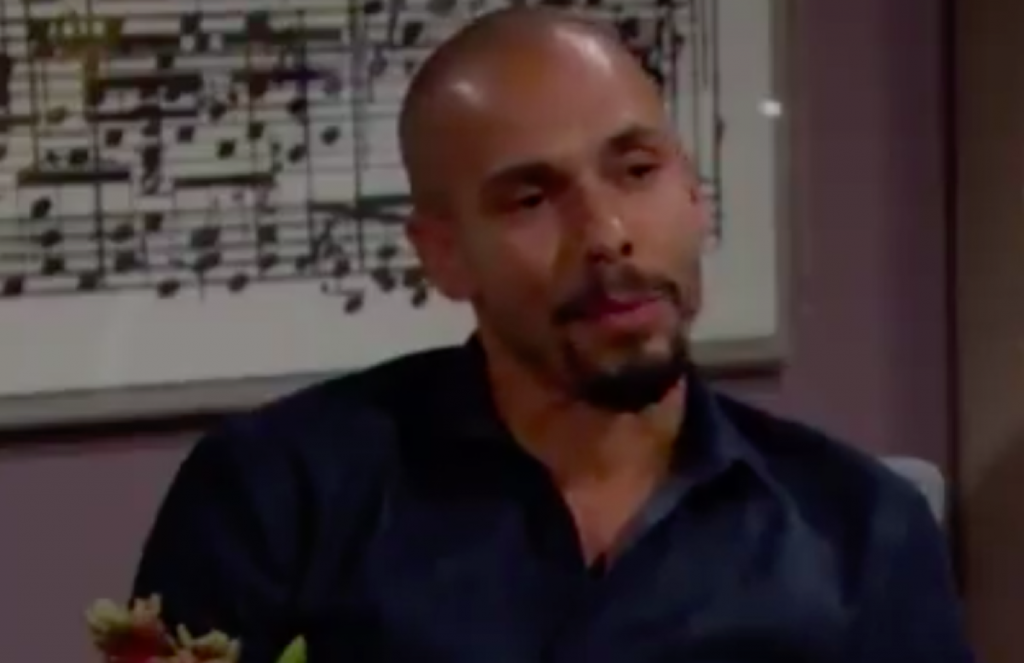 The Young and the Restless (Y&R) spoilers tease that Devon Hamilton (Bryton James) is hiding a secret and it could cause tension in his relationship with Elena Dawson (Brytni Sarpy). As the show displayed, Devon is on the hunt for Colin Atkinson (Tristan Rogers), the man he holds responsible for stealing his billions left to him when his grandmother, Katherine Chancellor (Jeanne Cooper) died.

Devon thought the right thing to do was give up his money to Cane Ashby (Daniel Goddard), as he believed the will pages were legit. As it turns out, they may have been faked and now, Devon wants to track Colin down and figure the whole mess out. Here’s what you need to know about what’s coming up on Y&R.

After Devon learned that Colin escaped police custody, he was more determined than ever to track the scammer down. He felt that it was up to him to figure out where the con-artist is hiding and bring him to justice.

No one faults Devon for being angry. He has every right to be very upset about the whole situation. Cane and Colin conned him out of a huge part of his financial security. And, more than that, they lied to him and said that it was Katherine’s wishes for Cane to be the heir to her estate.

Y&R spoilers state that Devon cannot help but fume about the money and how Colin was able to get his hands on the loot. He feels himself obsess about tracking him down and getting his money back. But will he get his payback?

The Young and the Restless Spoilers: Nate And Amanda Take Things To Next Level—Elena Gets Jealous? https://t.co/Aj3d1zZBZd pic.twitter.com/h8eROYKtUA

Devon decides to keep a secret and it is a juicy one. He will decide that it’s better if no one knows what he found out about Colin. Y&R spoilers tease that this scoop will be so good and juicy that it will lead to Colin’s capture. It’s possible this could be a complete write off of Tristan Rogers’ character.

There is a possibility that this secret has nothing to do with Colin. Perhaps, he will decide to propose to Elena, or he will find out Amanda Sinclair’s (Mishael Morgan) big scoop. At any rate, Devon has some great scenes ahead as we discover his big secret.