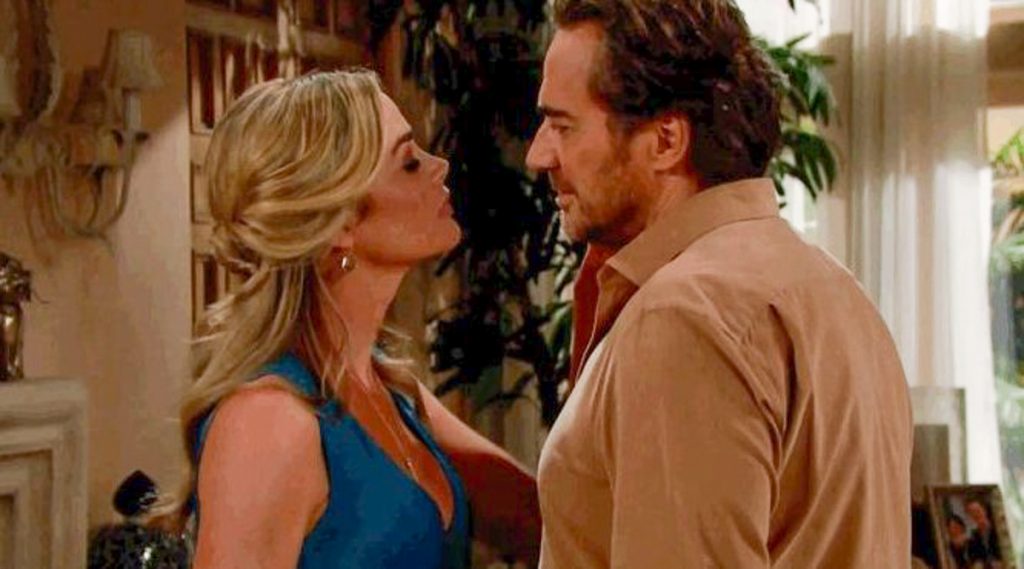 Ridge Forrester (Thorsten Kaye) told his father about Shauna Fulton (Denise Richards) on ‘The Bold and the Beautiful’. That was a big step.

Even though Ridge said that nothing has developed yet, he made his interest clear. Yes, the woman who could replace Brooke has made a positive impression on him.

Meanwhile, Shauna thinks that a life with Ridge is just a dream. Quinn Forrester (Rena Sofer) is trying to convince her longtime friend that miracles do happen, as ‘Queric’ proves.

Bold And The Beautiful Spoilers – Bridge History May Not Be Enough

Shauna made a memorable remark to her Quinn, who she originally knew when both characters were living in Las Vegas, Nevada. Richards’ engaging character told Quinn that she wanted to be Ridge’s next love. That realism acknowledges Brooke’s permanent place in Ridge’s history, while also assuming the role she would play in his life as it continues.

‘Bridge’ is a force of nature, with many breakups and revivals playing out along the way. Shauna doesn’t seem fearful of Ridge eventually returning to Brooke. But she also doesn’t consider ‘Shidge’ to be a real possibility yet.

Brooke is more exasperated with her husband, than mad. He hasn’t done anything so terrible that she considers unforgivable. Instead the main issue centers upon their children’s troubles.

Thomas Forrester (Matthew Atkinson) and Hope Logan (Annika Noelle) have been going round and round with each other for many months. Then, just as the Beth Spencer (Madeline Valdez and River Davidson) reveal seemed to sever the connection between them, Hope pushed for a legal connection to be created with Thomas.

Becoming Douglas Forrester’s (Henry Joseph Samiri) adopted mother proves that nearly anything is possibly, which Shauna may soon recognize. Yet, Brooke seems willing to fight for her marriage. So a variety of outcomes are possible within this arc.

Bold And The Beautiful Spoilers – Shidge Has Real Momentum

Shauna has been consistently supporting Ridge during his family troubles. Both character’s bond formed through her daughter’s (Flo Fulton, as played by Katrina Bowden) immunity deal.

However, it must be said that Shauna hasn’t been throwing herself at Ridge, or trying to force an end to his marriage. Actually, she’s been deferential to that union on many occasions. But the importance of their shared kisses also can’t be denied.

Ridge feels good around Shauna, while Brooke looks like a stranger to him these days. Unless that dynamic changes, ‘Shidge’ has real momentum and just might emerge as B&B’s next couple.