The Young and the Restless Spoilers: Chance Chancellor Helps Restore Hope For Devon 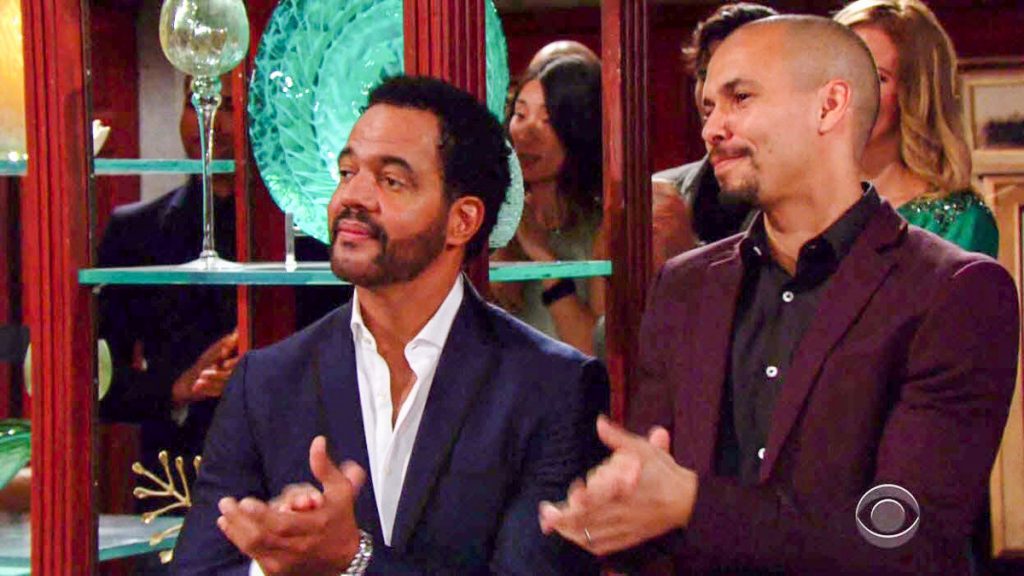 The Young and the Restless spoilers document that Cane Ashby’s (Daniel Goddard) perceived windfall appears set to be reversed. The arrival of Chance Chancellor (as now played by Donny Boaz) appears to confirm what Goddard’s character and Jill Abbott Atkinson (Jess Walton) suspected.

Katherine Chancellor’s (Jeanne Cooper) so-called real will pages seem to be fake. Colin Atkinson (Tristan Rogers) looms as the “old jerk” Amanda Sinclair (Mishael Morgan) spoke to on the phone a handful of weeks ago.

Young And The Restless Spoilers – Chance Chancellor Back In The Fold

There are a certain number of regular player contracts on Y&R and on the other broadcast network soap operas. As fans know, Goddard recently announced that he was exiting the cast after initially debuting in 2007.

Cane’s explanation of his backstory to Nate Hastings (Sean Dominic) was one of the retro references that will be heard and likely seen in coming weeks as Goddard’s final scenes are playing out.

In effect, the cast spot that Goddard was holding appears to be taken by the show’s newest member, Boaz. It’s been eight years since Chance (as then played by John Driscoll) was last seen in Genoa City, Wisconsin. So his return, especially considering the circumstances he’s been recently connected to, projects as compelling.

Goddard’s consistently endearing performances made him a natural fan favorite through the years. The on-screen chemistry he exhibited with Christel Khalil (Lily Winters) generated one of this era’s most beloved couples, Lane.

Cane’s place in Y&R’s storyline history has long been secured. Whether Goddard will be asked to recur in the future will be determined by how Cane is written out. But hopefully he, like Lily, will be seen again from time to time.

Interestingly, even though Cane suspected that his newfound inheritance might not be legitimate, he was talking to an investment banker and was also speaking on the phone with Charlie Ashby (Noah Alexander Gerry) about the realized wealth. So, it stands to reason that Goddard’s character could exit in a huff, or with his head held high, depending on how his arc-ender is written.

Devon Hamilton (Bryton James) has endured so much in the last year-plus. The death of his unborn child, wife, Hilary Hamilton (Morgan’s initial role on Y&R), and adopted father, Neil Winters (Kristoff St. John), had a profound mental and physical impact on him.

The arrival of Amanda, considering her look-a-like appearance to Hilary and legal front of the will challenge, set Devon back. However, he had accepted Katherine’s seemingly discovered last wishes and was ready to turn her wealth over to Cane. The visit to Tucker McCall (Stephen Nichols) adjusted that outlook.

If Devon retains Katherine’s money, his life doesn’t telegraph as smooth. With whatever Amanda’s link to the will issue, her tie to Hilary will be explored. The result of that search will likely create a new romantic option beyond Elena Dawson (Brytni Sarpy) and possibly the creation of a new power couple.

Hollywood Hiccups is a leading source for everything linked to The Young and the Restless. Check back regularly for Y&R spoilers and news!

The Bold and the Beautiful Spoilers: Ridge And Liam Pull The Plug On The Logan Women