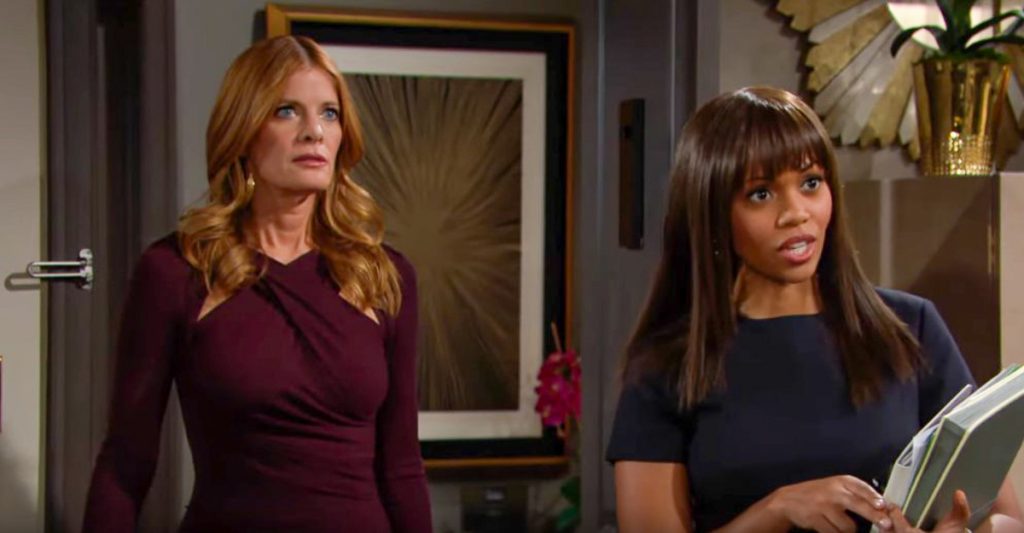 Chance Chancellor (Donny Boaz) is back on ‘The Young and the Restless’. Boaz’ hire completed the recast process that allows this character to be revived after John Driscoll (Chance) departed the role in 2011.

Having trailed Simon Black (Jeffrey Vincent Parise) for a number of years, Chance recently appeared in Genoa City, Wisconsin. That proved vital for a number of reasons, including the four lives he protected inside The Grand Phoenix Hotel.

Even though Phyllis Summers (Michelle Stafford) won’t like it, we’re starting with Abby. She was one of the four people Simon was holding hostage, along with Chelsea Lawson (Melissa Claire Egan), Adam Newman (Mark Grossman), and Connor Newman (Judah Mackey).

Abby’s skillful press of the panic button, hiding of her smartphone, and faux panic attack combined to allow her to play a crucial role in Chance’s neutralization of the criminal in question. By distracting Simon, Abby enabled Chance to purposely fall into the lobby and then overpower Parise’s character along with Adam’s assistance.

The Young and the Restless Spoilers Wednesday, November 13: Jack Explodes Over Ashley’s Job Offer for Theo – Chance Flirts with Abby

Phyllis seemingly intended for the so-called security system she installed at the hotel to allow her exclusive eyes and ears access. She didn’t anticipate playing an equally (sorry, Abby) crucial role in Chance’s rescue efforts.

Playing off Abby’s distracted state during a recent day at work, Phyllis downloaded what appears to actually be a surveillance system. How ‘Red’ intended, or still intends to use her power isn’t fully known.

However, when called upon to use her skills for good she did exactly that. Chance offered gratitude to both ladies, which winks at romantic opportunities for all involved.

The Young and The Restless #YR Spoilers: Adam Interrogates Chelsea, Want To Know The Truth About Simon @celebratesoaps https://t.co/qxr9oaxOZ0

Young And The Restless Spoilers – The Grand Phoenix Triangle

Chance was involved with Chloe Mitchell (Elizabeth Hendrickson) when he was last seen in GC. Since she’s with Kevin Fisher (Greg Rikaart) now and they have a child, Bella Fisher (Martie Blair), it’s likely that Chance’s romantic overtures will be focused elsewhere.

Abby is an intriguing option because she’s suddenly single. Nate Hastings (Sean Dominic) resents having been part of Victor Newman’s (Eric Braeden) death hoax, as it put his license to practice medicine at risk. As part of that reaction, Nate ended his relationship with Abby, who didn’t provide the type of ethical response he felt matched the situation.

Phyllis is an intriguing option because she hasn’t been with anyone in awhile. Stafford’s character was the first person to identify Chance’s connection to Adam. Since her seeming friendship overtures toward Adam have been repeatedly nixed, he’s probably not going to be in her romantic future. But maybe Chance will be her next target, uh, significant other.