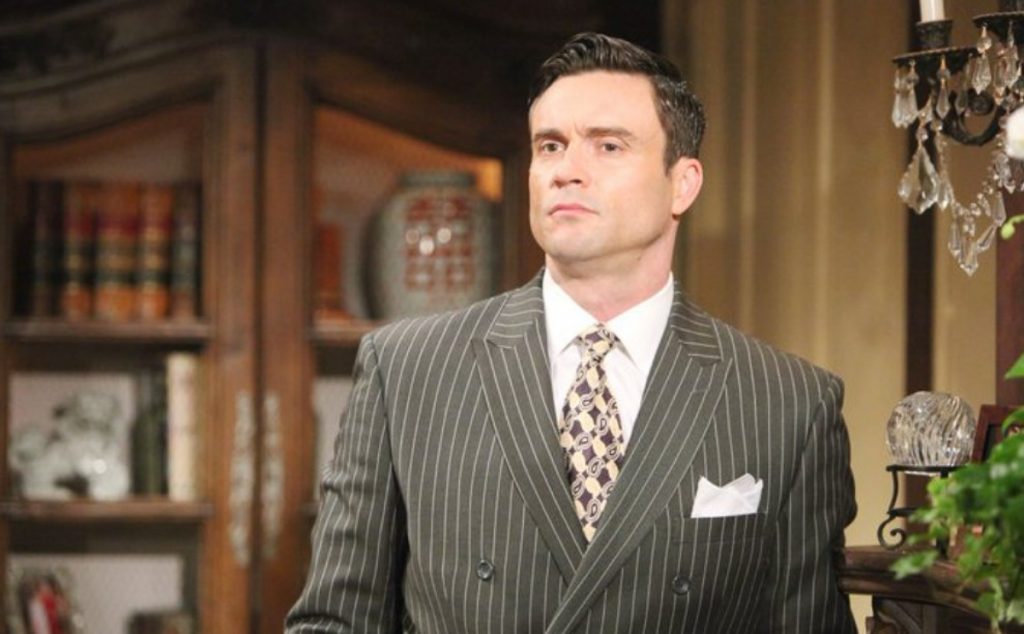 The Young and the Restless spoilers document that Cane Ashby (Daniel Goddard) has already had his final goodbye with Lily Winters (Christel Khalil), as Goddard recently announced though his Twitter account. Now, the write-out of Cane will soon take place as well.

The potential for Cane to either inherit a bulk of Katherine Chancellor’s (Jeanne Cooper) wealth, or to be linked to the potentially nefarious dealings surrounding her will challenge are building. At the moment Devon Hamilton (Bryton James) believes that the supposedly confirmed real pages of his grandmother’s will compel him to turn over the remaining money he has left from the nearly two and a half billion he inherited in 2013.

Considering the length of Goddard’s tenure on the show and his popularity, it would seem wise to write Cane out clear and with a chance of him returning to Genoa City, Wisconsin, some day.

Doubt was created years ago when Cane’s evil twin brother, Caleb Atkinson (Goddard in a dual role), was killed off. That character was introduced as being part of their father’s (Colin Atkinson, as played by Tristan Rogers) underworld operation.

Y&R fans were right to wonder, at that time and despite what had been presented to them, if Cane, not Caleb actually took the bullet? More preposterous moments have happened in soap history, so this theory can’t be fully ruled out.

Since Goddard’s cast exit has been confirmed, this actor is no longer on a regular contract and doesn’t appear to have a recurring one either. While he surely could return at any point in the future, here’s hoping that if Goddard does that he’s still Cane. Anything else would be rather unbelievable and add to other surviving twins that were, or are on the show.

Goddard has been very open with the fans, as is part of his personality to be direct. If he would know about any recast, then it’s likely that information would have been shared.

Cane’s storyline was restricted when Lily divorced him and moved away with the twins, Mattie Ashby (Lexie Stevenson) and Charlie Ashby (Noah Alexander Gerry). The death of Neil Winters (Kristoff St. John) did bring Lily and Cane momentarily together, though on a friendly basis, rather than romantic.

While it’s always possible that Y&R is planning a recast and hasn’t informed the actor, or will do so in the future, the chances of it happening seem unlikely right now.

Young And The Restless Spoilers – Walking Off Into The Sunset

Goddard joined the cast in 2007. He and Khalil eventually formed one of this era’s most endearing couples, which was nicknamed Lane.

Considering Cane’s initial, shady arrival more than a decade ago, it would be most fitting if he’s written out in upbeat style. Y&R is hopefully presenting a fitting farewell that allows Cane’s best attributes to be highlighted, along with a series of flashback scenes that are offered in tribute as well.

Bold And The Beautiful Spoilers: Brooke Makes It Easy For Shauna To Steal Ridge

Young And The Restless Spoilers: Amanda Runs From Her Past, Odd Connections To Devon