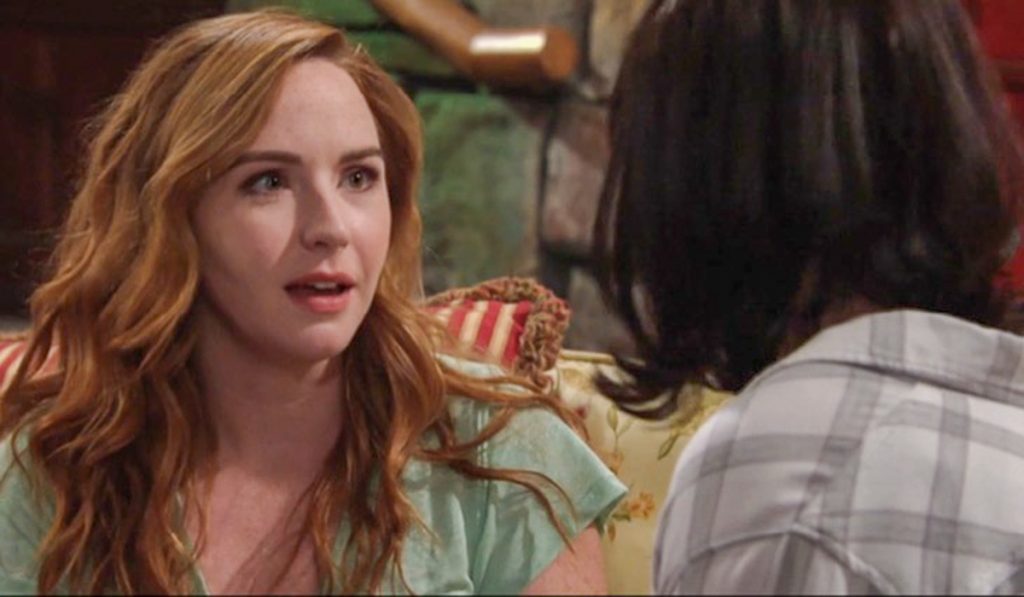 The Young and the Restless star Camryn Grimes speaks out about the one storyline that she thought the Y&R fans would hate. Yeah, you guessed it, the talented actress who plays Mariah Copeland, was terrified of backlash from the Tessa Porter (Cait Fairbanks) romance storyline.

Even though this storyline was not liked by many of the Y&R fans at first, Grimes is thrilled that she is part of this storyline. The soap aired its first episode in 1973, however, this is the first time the show has ever dived into a same sex relationship between two women.

When she first learned that the show wanted to do a lesbian couple storyline, she was immediately on board. She couldn’t wait to see how the fans would react, but she was admittingly kind of scared of the viewer backlash.

“It’s amazing. We haven’t shied away from it,” Grimes told TV Insider. “Cait and I are always talking about what we are showing people and making sure it looks like an authentic relationship. We know how important it is to the viewers for it feels like a real romance.”

The Young And The Restless #YR Spoilers: Adam Newman Gets A Surprise! @celebratesoaps https://t.co/i926DizziE

On the other soap operas, there have been gay couples for decades. But Y&R hadn’t ventured into the gay storylines. Days of our Lives has had a couple different gay relationships, as General Hospital has too.

Bold and the Beautiful has not had a major storyline surrounding a gay couple but did have the storyline when it came out that Maya Avant (Karla Mosley) was transgender.

For Y&R fans, they have latched on to Mariah and Tessa as the new Daytime gay couple. Some wished that Tessa had a stronger personality. But overall, the Y&R fans accept them as a packaged deal.