‘The Young and the Restless’ Spoilers: Cane and Traci Have lots Of Potential – Opposites Attract 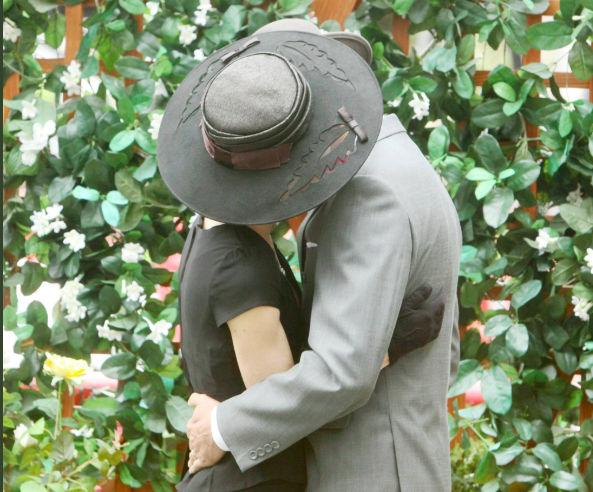 The Young and the Restless spoilers tease that yes, Traci Abbott (Beth Maitland) and Cane Ashby (Daniel Goddard) may explore romance. Now that Cane signed the divorce papers, Lily Winters (Christel Khalil) can reclaim her maiden name. With that Cane is available, as is Traci.

It’s been years since Maitland’s character divorced. She and Steve Connelly (Greg Wrangler) split years ago.

Y&R’s newly introduced storyline has Traci exploring historical fiction for the first time. Her developing book’s main character is loosely based on Cane, who she calls Flynn.

Goddard’s secondary alter ego is a 1940’s private detective, with Maitland playing his sage secretary. The black and white visuals that Y&R offers when this story-within-a-story is presented are particularly pleasing, adding a vintage touch that fans of film noir and classic soaps surely appreciate.

Young And The Restless Spoilers: Cane Ashby’s Romantic Feelings For Traci Are Growing

While this paring likely never would have existed if Lane persisted, it now makes full sense to believe that a vulnerable Cane will develop feelings for Traci. She already has a crush on him.

With both characters being single and neither having alternative ties, it’s fair to see Trane moving forward through the spring and into summer. Kudos to Y&R for thinking creatively, which allows both strong actors to collaborate.

Maitland and Goddard can form a feel-good pairing, as both Traci and Cane have being enduring serious life and family issues. The bond they’re forming began with friendship and can blossom into something that could last.

As for Maitland, her character is recurring. So it’s great to see that Y&R’s newest regime has provided her with a full storyline in which Traci is the focal point, as she’s often been seen in an Abbott family supportive role in recent years.

With Khalil’s drop to recurring status last year, Goddard seemed primed to either move forward on his own, or gain a new romantic interest. Cane made various mistakes in his relationship with Lily, as was referenced in Neil Winters’ (Kristoff St. John) will reading. To be fair, Lily made some as well. So, this potential, fully fresh start would allow Goddard to explore fresh plot ground.

It does feel, initially, that the progress Traci makes with the book will parallel her real life interest in Cane, with whatever reciprocation comes. An upbeat development would have Trane form and then remain together, rather than simply be a temporary tease.

Discerning soap fans are open-minded. In this instance that means they are ready for what can be a warm-hearted storyline.

Days of Our Lives Spoilers: Rex & Sarah Scramble To Create An Antidote For Will

‘The Bold and the Beautiful’ POLL: Will Hope and Liam Reunite After Phoebe Is Unmasked?