‘The Bold and the Beautiful’ POLL: Will Hope and Liam Reunite After Phoebe Is Unmasked? 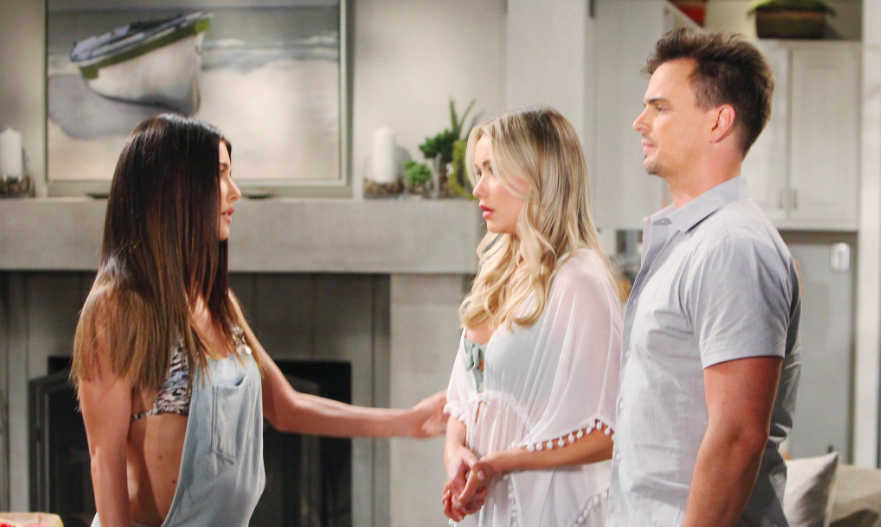 The idea that Hope Spencer (Annika Noelle), as that’s still her last name for now, and Liam Spencer (Scott Clifton) will instantly reunite on ‘The Bold and the Beautiful’ puts the luxury car before the stallion.

So, is it really certain that ‘Lope’ will reunite once the baby reveal happens? This question does assume that the proposed reunion won’t take place while the baby swap secret is kept.

Yes, the play off the classic cart before the horse reference was tailored (a purposely used rag trade word) for this B&B storyline. It fits, like any of the latest fashion designs that can be found at Forrester Creations, including within its celebrated Hope for the Future line.

Hope’s tell to Thomas Forrester (Matthew Atkinson) about a willingness to see where her feelings might go was surprising. However, discerning fans may understandably conclude that her choice is not being rushed within the plot.

Bold And The Beautiful Spoilers: Liam Spencer And Steffy Forrester Potentially Will Rekindle

The decision to leave Liam, so that he could be the girls full-time, and potentially rekindle his relationship with Steffy Forrester (Jacqueline MacInnes Wood), was also was made for another main reason. Hope’s seemingly endless selflessness also includes her choice to become Douglas Forrester’s (Henry Joseph Samiri) second mother.

A leading fact can’t be discounted at this point. The longer Beth Spencer (Madeline Valdez and River Davidson) remains disguised as Phoebe Forrester, the better the odds move in favor of both a ‘Steam’ revival and ‘Tope’s’ arrival.

Even if it proves truth that either Steffy and Liam, or Thomas and Hope become a couple, then ‘Lope’s’ bounce back chances still wouldn’t be good. This means that ‘Steam’ and ‘Tope’ would somehow not develop chemistry, which seems unlikely considering both couple’s history and current circumstances.

It’s actually presumptive to guess that Liam is more likely to fall back in love with Steffy than it is to believe that Thomas won’t ingratiate himself into Hope’s heart. While Steffy still cares about Liam, his past unpredictability doesn’t make another edition of ‘Steam’ a certainty.

A truth bomb could lead to disaster on #BoldandBeautiful. 💣 Tune in this week to find out what happens! pic.twitter.com/YVuKqQCspi

Hope remains in a vulnerable state. Since she’s convinced herself that leaving Liam was best for the love of her life and for Douglas’ future, it’s reasonable to believe that she’ll open herself to Thomas’ intentions and become his significant other, if not his wife.

Fans of ‘The Bold and the Beautiful’ rightfully express their opinions on a regular basis. So, will Hope and Liam reunite after Phoebe is unmasked? Please vote in our poll below!

Yes, Hope and Liam will reunite after Phoebe is unmasked as Beth.

No, Hope and Liam will not reunite after Phoebe is unmasked as Beth.

‘The Young and the Restless’ Spoilers: Cane and Traci Have lots Of Potential – Opposites Attract