The Young and the Restless Spoilers: Billy Bonds With Amanda – Should Victoria Be Concerned? 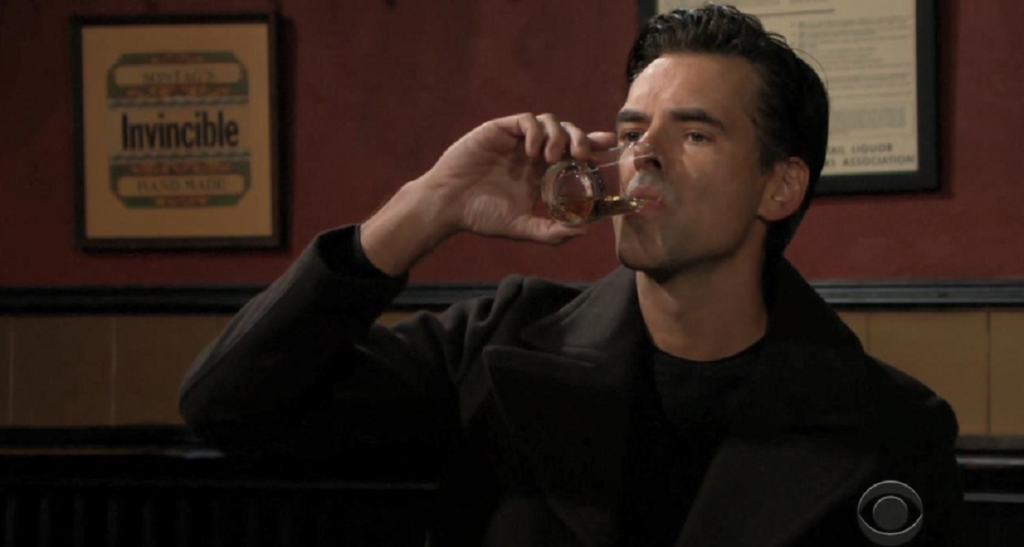 Billy really hit it off with Amanda, and Amanda with Billy the night they met in the dive bar and wound up spending the night there because of the big storm that caused a power outage in Genoa City.

They talked some during the rest of the evening as well as having some alone time which they each had needed. However, The Young and The Restless spoilers tease that they will become closer and bond before the week is over!

Other Y & R spoilers tease that Billy is going back to his old habits, and that is not a good thing! His old habits are lying, drinking, gambling, and cheating on whoever his current wife or girlfriend is, and he’s already lied, drank, and gambled just in the past week or so; the first night when he got acquainted with Amanda he ignored calls and texts from his wife, Victoria Newman (Amelia Heinle) and had lied to her that he was going to go talk to his older brother, Jack Abbott (Peter Bergman) about some things. He never got near Jack!

He went to the dive bar instead, and then he went to the dive bar a second time –feeling relieved that he doesn’t have to be perfect or answer to anyone there. He just wanted a little peace, and he didn’t need the booze, or so he told himself. He wound up in a poker game and refused any help in looking for a job that Victoria offered, and said he’ll do it on his own – but it had to be fun!

The Young and the Restless Spoilers: Abby Gets A New Shot At Love – Is Chance The Man For Her? https://t.co/i6FbsK2ywb pic.twitter.com/4A0fQPmtt4

Victoria surprised him with the news that they were going to go to Telluride, Colorado on the Newman jet for Christmas and her son with JT Hellstrom, (Thad Luckinbill) Reed Hellstrom (Tristan Lake Leabu) would be there. Billy would have chosen the beach and wants to spend Christmas in town and leave on the 27th, and Victoria, downcast, says she has to work and suggests they table the trip for now, even though it had already been arranged for!

Young And Restless Spoilers– Lying, Drinking, Gambling – Is Cheating Next?

Lying, drinking, gambling – is cheating next for Billy? Will he and Amanda bond in bed? If not, it certainly appears that it won’t be for Billy’s lack of trying! He is already putting emotional distance between himself and Victoria, and she just doesn’t understand what’s wrong.

No doubt she will worry that his DID (Dissociative Identity Disorder) and with it, “Bad Billy” might be on the verge of returning, but she just is at a loss as to what to do to help Billy – the problem is, he doesn’t need or want her help and he may be on the way to not wanting her as well!

Stay tuned to Y&R and keep checking The Young and The Restless spoilers frequently for all the latest news, updates and developments!

The Bold and the Beautiful Spoilers: Wyatt Makes a Decision – Goes with the ‘Flo’?