The Bold And The Beautiful Spoilers: Flo’s Instinct Is Right – Sally Discounts Foe — Who Will Win Wyatt’s Heart? 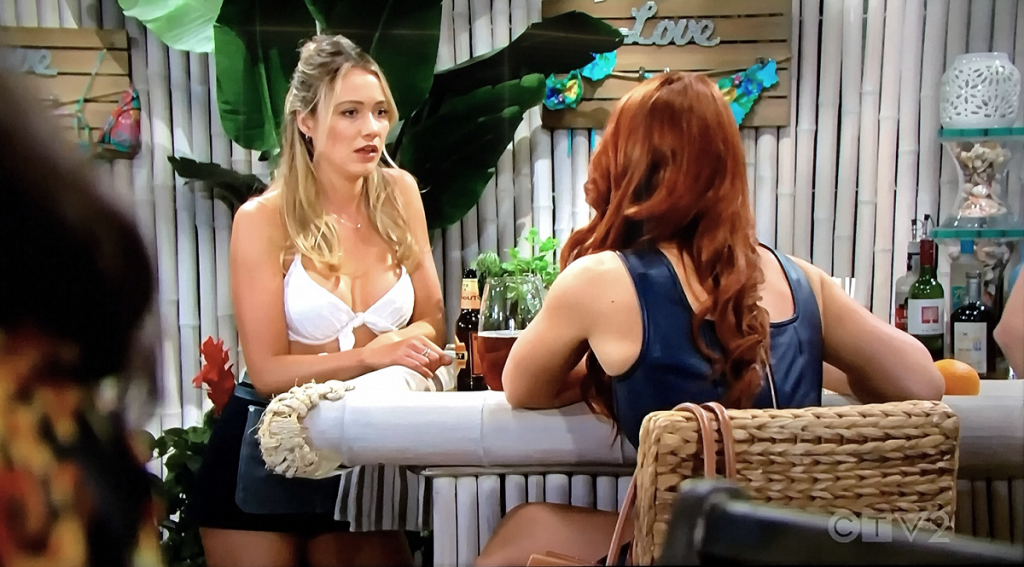 The Bold and the Beautiful (B&B) spoilers tease that Flo Fulton’s (Katrina Bowden) instinct is right. Wyatt Spencer (Darin Brooks) did ask Sally Spectra (Courtney Hope) to marry him in response to what Flo said to him earlier the same day.

Flo and Sally were hiding a portion of their feelings about each other’s place in Wyatt’s life as they spoke at Bikini Bar. Flo didn’t mention to Sally that she told Wyatt he was her one and only, while Sally didn’t drive the engagement fact as hard as she could have.

B&B fans know that Wyatt has convinced himself he was in love with Katie Logan (Heather Tom), Sally, Flo, and now Sally again within less than a year’s time.

While there certainly was a spark that created Wally and allowed them to reconvene, Flo maintains a stronger hold on Wyatt’s heart. Sally must believe that on some level as well, which helps to explain why she accepted his proposal after recently having told him that they needed time to rebuild trust.

The Bold And The Beautiful Spoilers: Danny Blabs To Brooke – Reveals Ridge Spent The Night With Shauna https://t.co/G3w5AlZnna pic.twitter.com/9SRHukazoC

Proposing marriage as proof of trust isn’t the next step in a legit love story. Instead, it appears to represent a rebound reaction.

Wyatt Fuller was Flo’s high school sweetheart many years ago, which was before either character existed on B&B. As viewers came to know earlier this year, Flo was more than Reese Buckingham’s (Wayne Brady) girlfriend and eventual birth mother stand-in.

It was obvious from the moment Flo and Wyatt saw each other in Los Angeles, California, that their connection wasn’t about reminiscing. Wo, which is a minimal, but apt couple’s nickname instantly reignited their feelings.

Sally’s modest indiscretion caused Wyatt to end Wally. But he just told his mother, Quinn Forrester (Rena Sofer), that Sally was negatively influenced by Thomas Forrester (Matthew Atkinson), just like so many others had been. With that rationalization offered, so too was his marriage proposal justification.

Wyatt believes that Sally is his future. Flo represents the past because she violated his trust.

Getting back in Wyatt’s good graces isn’t something Sally tried to gain. He simply compared who Flo revealed herself to be to what Sally was and is.

Plot repercussions will flow if Flo proves to be Katie’s kidney donor. One of them would surely be Wyatt’s perceptions changing again. And with that Wally’s engagement might prove short.

The Young And The Restless Spoilers: Amanda Stirs Up Trouble For Devon And Elena