The Young and the Restless Spoilers: Adam Meets His Match: And He’s Not A Ghost! 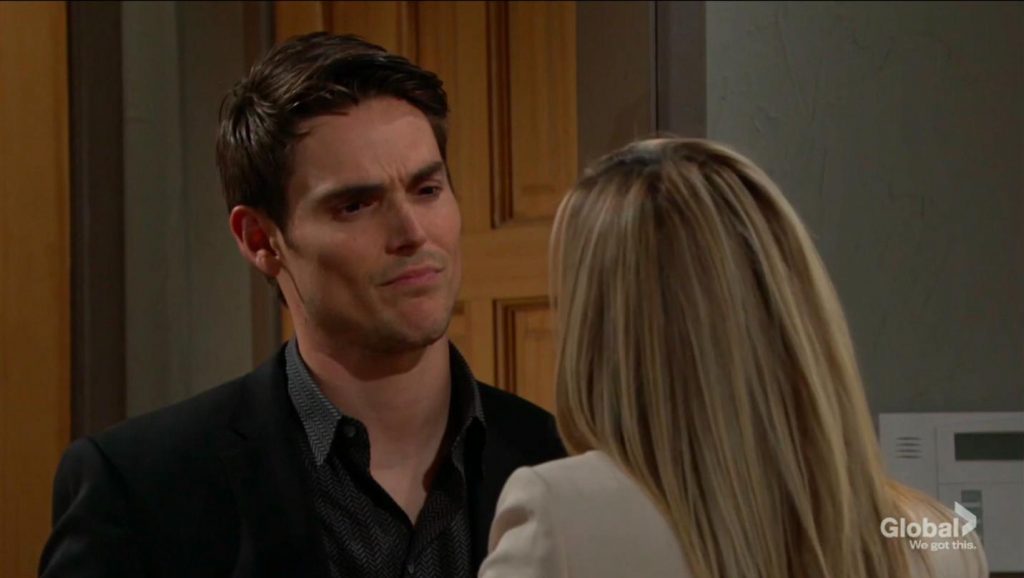 Adam Newman is everything that he has accused his father of being, and maybe then some! Where Victor is stubborn and controlling, Adam is stubborn and controlling; where Victor is manipulative, Adam is manipulative; where Victor can be cruel, Adam can be cruel, and often is because he cannot see past himself and his own wants. It has truly come down to a clash of the titans between Adam and Victor! Victor tried to give Adam a chance but Adam can never see past himself to who Victor really is, although the bad parts of their character and psyche are very much the same. Sometimes people can’t get along because they are too much alike and constantly remind each other of things they hate about themselves, and that may be the case with Adam and Victor!

Adam truly did seem to feel some guilt and remorse about double dosing his father when he thought it had killed him, but then turned right around and framed his sister Victoria Newman (Amelia Heinle) for it, right down to planting double dose pills and Dr. Nate Hastings’ (Sean Dominic) hospital tablet in her desk drawer at Newman Enterprises. Victor has never been a saint himself, and as a younger man, did some pretty Adam-like things himself; for instance, he got upset when his first wife, Julia Newman (Meg Bennett) wanted some money and a career of her own and took a job as a photographer’s model for a man named Michael Scott (Nick Benedict). Victor was probably the age Adam is now back then. He had been so jealous over Julia that he kept her captive in the house while he worked, and when she broke free from his possessiveness enough to take the job with Michael, when she became pregnant he was convinced she was cheating on him and that the baby couldn’t be his! He imprisoned Michael in an old bomb shelter on the ranch, and Victor forced Michael to watch Victor and Julia in their bedroom via closed-circuit television! Julia found Michael and freed him, but when the two attempted to flee, Victor caught them trying to run off together and started a fist fight with Michael, in which Julia was caught in the crossfire! Julia fell, and suffered a miscarriage because of it, and when paternity tests were done on the miscarried fetus, Victor was proven to be the father! Julia and Michael left town separately. This could actually have been even worse than anything Adam has done so far!

Victor didn’t like Victoria marrying Billy Abbott (Jason Thompson) and had her arrested so she couldn’t; the marriage eventually happened anyway. He blackmailed Adam when he found out he was the one who accidentally ran over Delia Abbott (Sophie Pollono) then covered it up; and punched Nick Newman (Joshua Morrow) and hired Kevin Fisher (Greg Rikaart) to hack into Nick’s bank account and drain it dry! For all the evil that Adam has done, Victor has done just as much and sometimes even worse things than Adam! However, Adam is the only one who has fought back against his father for anything he has done, and the conflict between the two can truly be called a case of the “pot calling the kettle black” as the old saying goes!