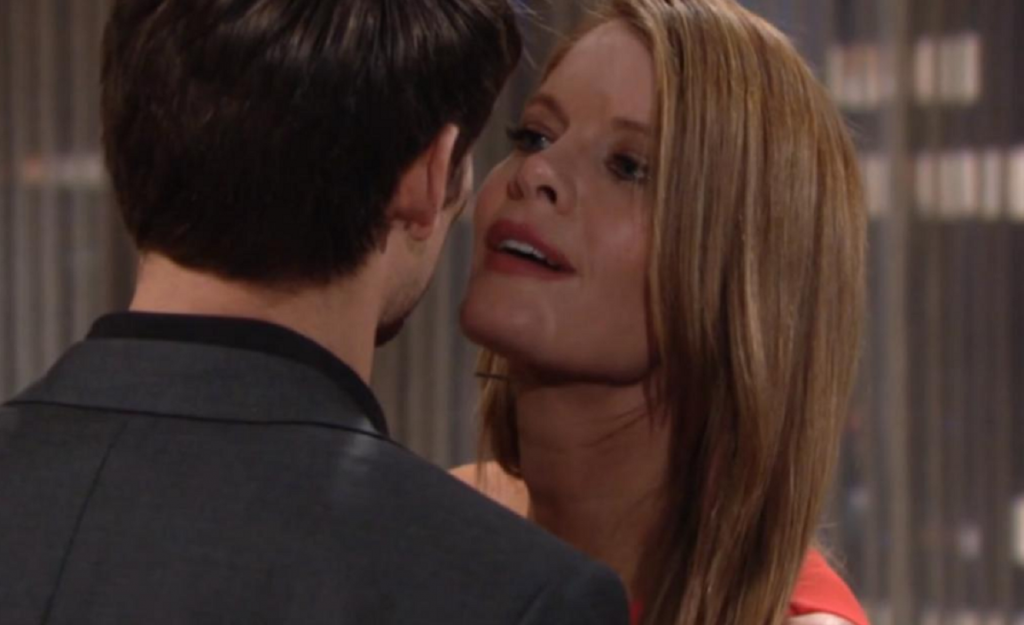 Coming up on “The Young and the Restless,” Adam Newman (Mark Grossman) gives out an indecent proposal to Phyllis Summers (Michelle Stafford). Will she take the road?

Nick Newman (Joshua Morrow) sees Phyllis at Abby Newman’s (Melissa Ordway) restaurant. Nick noted that Abby has let Phyllis go and suspects that she is up to something. Phyllis denies that she is going to do anything to sabotage Abby’s restaurant.

Nick commented that Phyllis should find something new to pass her time, and Phyllis said she doesn’t need a job. Instead, she needs a throne. Nick gave her a pep talk, telling her that she can pretty much do anything that she wants and be successful with it.

They were teasing each other, just as Adam arrived and saw them. Adam texted Phyllis to meet him at his place. “The Young and the Restless” spoilers reveal that Adam suggested to Phyllis to seduce her ex-husband. He told her that Chelsea Newman (Melissa Claire Egan) seems to be stressing out because she’s torn between Nick and Adam. If Phyllis gets Nick’s attention, then Adam can have Chelsea back. He wants Chelsea and Connor back, and getting Nick out of the picture will make it more possible. He’s making some progress now as he and Chelsea work together regarding Connor’s school.

Phyllis is enraged with Adam’s proposal. But Adam points out that he is merely suggesting that Phyllis follows her heart. After all, she has been circling Nick for weeks. However, she feels disrespected by Adam’s suggestion and for treating her as his minion. She feels offended that Adam doesn’t care about her feelings.

“The Young and the Restless” spoilers tease that Phyllis is planning revenge. Whether that is for Adam is yet to be known. But after Adam’s indecent proposal, Phyllis told him that he just made one huge mistake and that he is going to regret it.

What does Phyllis have in mind? How is she going to make Adam pay for disrespecting her and treating her like his pawn to get what he wants? Or will Phyllis give it more thoughts and take the road that Adam suggested?

Stay tuned to Y&R and keep checking The Young and The Restless spoilers frequently for all the latest news, updates and developments!

Days of Our Lives Spoilers: Rafe Finds Princess Gina In The Secret Lair