The Young and the Restless Rumor: Chelsea Goes Back To Her Old Ways – Simon Black Held Responsible? 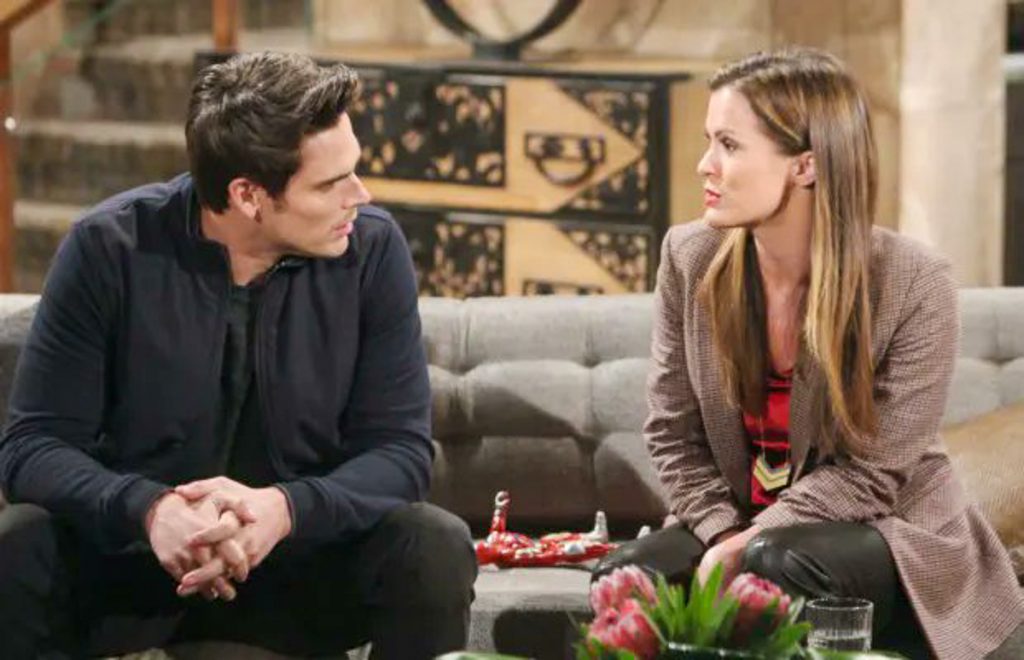 The Young and The Restless spoilers tease that Chelsea Boudreau (Melissa Claire Egan) will be forced into her old con-woman ways when a face from her past comes to Genoa City; might it be Simon Black (Jeffrey Vincent Parise)? A photo from the latest issue of Soap Opera Digest shows the two sitting together on a couch and having a conversation!

Y & R fall previews have Paul Williams (Doug Davidson) called to duty as a dangerous situation crops up in Genoa City that puts residents into danger! At the same time, trouble finds Chelsea in a big way, forcing her to resort to her con artist past and the spoiler also speaks of a dangerous situation, that will also place Adam Newman (Mark Grossman) front and center into Chelsea’s orbit, which will distress Nick Newman (Joshua Morrow), and Chelsea will seek help from her old friends Kevin Fisher (Greg Rikaart) and Chloe Mitchell (Elizabeth Hendrickson) to keep one step ahead of an enemy! Could these dangerous situations be one in the same, and this dangerous individual be Simon Black?

Chelsea got out of the con job business years ago, the last con she pulled having been prior to 2011, mainly as a teenager. She grew up and made a successful life for herself as a businesswoman and the closest thing she has done that was legally questionable recently was when she asked Kevin to launder some funds from her widow’s inheritance from Calvin Boudreau (John Burke) who died shortly after Chelsea came back to Genoa City, and he came to join her but suffered a heart attack and died in her hotel room. Perhaps Simon Black was involved with Calvin in some way and places Chelsea into a situation where she will need to use her old conning skills to outsmart him! Chelsea had mentioned to Kevin when she asked him to launder the money, that Calvin had been involved in some questionable activities, and since Calvin is dead, Simon tries to go after his widow, Chelsea!

In CBS Soaps In Depth, Simon Black is described as “a charming and dangerous stranger who visits town to settle unfinished business with someone in Genoa City.” This certainly sounds like Chelsea is the person he arrives to settle unfinished business with, although not many details are given about where he knows her from, although it had to have been from years back. Since Adam is also drawn into this vortex of danger, it’s possible that Simon has a score to settle with him as well – perhaps Adam owes him some gambling money from his Las Vegas days! Either way, even though Simon appears to be charming and good looking in the photo with Chelsea, which appears to have been taken in the Grand Phoenix, The Young and The Restless spoilers describe him as being one bad, dangerous dude who will stir up trouble in town for possibly several Genoa City residents!