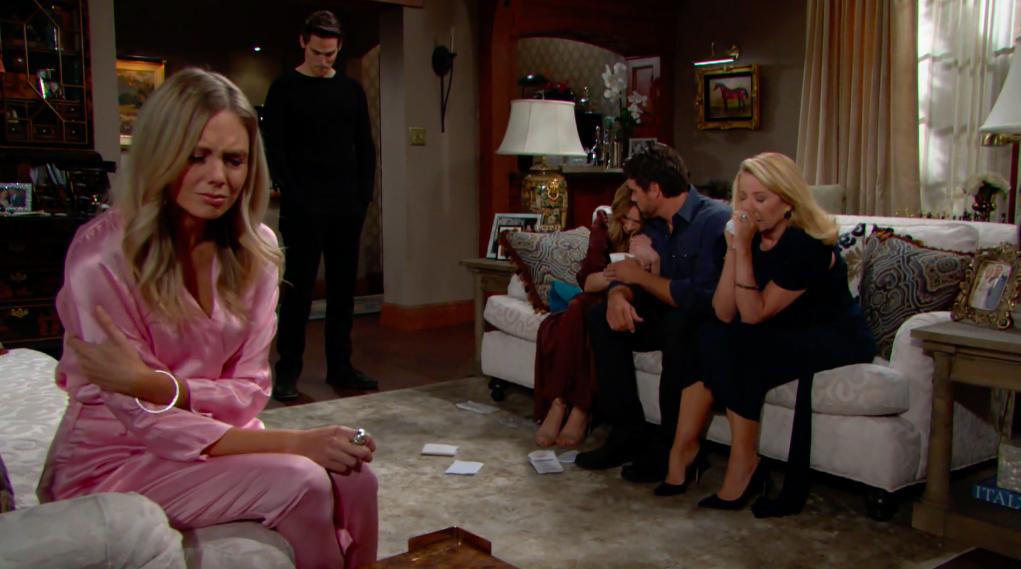 Victor Newman (Eric Braeden) is dead on The Young and the Restless. The last sentence surely deserves an exclamation mark, right? Well, not if Victor merely pretended to die in order to gaslight his son, Adam Newman (Mark Grossman).

The following information can’t be formally confirmed as proof. Instead, it’s offered to savvy soap opera fans for their consideration.

Victor’s motivation would be to shock Adam into admitting his guilt, which would then serve as incredible leverage against him, with various options then existing.

Victor asked Nate Hastings (Sean Dominic) to go with him to his office to review the results of the blood test that was taken. Viewers were led to believe that only both parties were privy to that conversation.

Surely Dr. Hastings learned that the level of prescribed medication was double the amount he expected to find. That certainly was passed onto Victor.

Combine the above with Nate earlier suspecting that Adam swiped his hospital-issued laptop. Both he and Victor could then conclude that Grossman’s character was responsible for adjusting the medication dosage.

Why would Victor tell Nikki Newman (Melody Thomas Scott) to include Adam with the rest of the family at the Ranch? Victor has openly stated that he doesn’t trust him.

Even considering that Adam recently asked his father to give him another chance, Victor isn’t gullible. He wouldn’t include Adam in the family gathering because of the threat his estranged son made against the entire family in recent weeks and because he’s working with Phyllis Summers (Michelle Stafford), who Victor detests.

Adam is normally suspicious of all Newman family member’s motives. But he’s been thrown by two recent side effect reactions Victor had, with the first being at Crimson Lights and the second occurring or being staged, in front of his eyes in the living room at the Ranch.

The Young and the Restless #YR Spoilers Tuesday September 17: Billy Struggles With His Demons, Receives Visits From Family @celebratesoaps https://t.co/sKHtAsw8xW

Young And The Restless Spoilers – Security Cameras At The Ranch

‘Niktor’ certainly must have increased internal security at the Ranch after J.T. Hellstrom (Thad Luckinbill) repeated intrusions were revealed earlier this year. It would make sense to believe that security cameras fully cover the living room of area of Victor and Nikki’s beautiful home, along with many other internal locations at the estate.

Adam’s drop of the faux medication bottle, that contained the double-dose pills, was unlike him. Wouldn’t he guess that hidden cameras would be running when he first took his dad’s original pill bottle and then dropped the other into the jacket pocket later? That sequence wasn’t unbelievable because, again, Adam is on edge.

Other speculation can be considered as well. But for now, that’s at least enough to create the poll question that’s asked below.

Fans of The Young and the Restless rightfully express their opinions on a regular basis. So, is Victor gaslighting Adam into believing he’s dead? Please vote in our poll below!