The Young And The Restless News: Josh Griffith Explains Why Gina Tognoni Is No Longer Phyllis Abbott 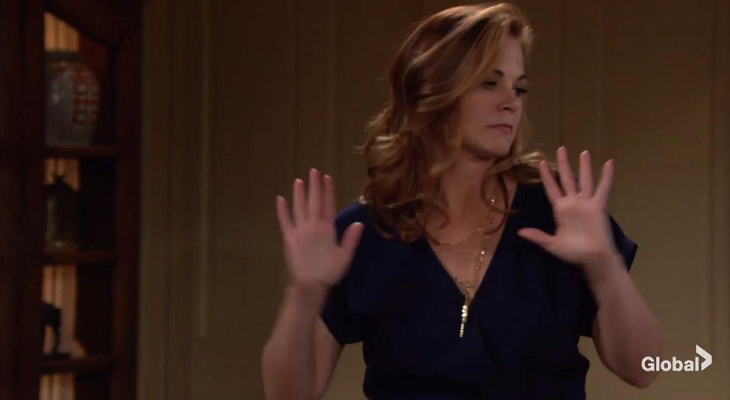 The Young and The Restless (Y&R) shocked everyone when it made an unexpected move to recast Michelle Stafford as Phyllis Summers Newman, replacing Gina Tognoni. The head writer and executive producer of the show, Josh Griffith and Anthony Morina, respectively, revealed the real reason behind the major changes at the CBS soap opera.

Morina pointed out the impact of the soap on its viewers. He explained that the audience of The Young and The Restless felt disconnected from the soap.

“I think one thing that the audience felt was, a lot of things have changed, good or bad, but it didn’t feel like their show. So our first intent is, ‘How do we get back closer to that feeling?’ The music, how we edit, how we shoot, how we costume them [the actors]. It’s a big process. It takes time. We’re slowly getting there,” Morina said of the Y&R changes

Meanwhile, Griffith focused on the story. “Getting back to the storytelling that has made the show so popular, for so long, which is very emotional, very character-driven, with iconic faces that the people know.”

Among the many changes that happened in the show was the return of Adam Newman, a role that is currently being played by Mark Grossman. Griffith was extremely pleased when the network bosses ordered the character’s return. “By doing that, it just opened so many possibilities and it affected so many people. So I was able to go in with the story and say, ‘He’s gonna come back this way and this is what’s gonna happen.’”

RT and give a warm welcome to Mark Grossman who makes his #YR debut today as Adam Newman! @CBSDaytime pic.twitter.com/7S2fZ6Zgmn

Griffith also explained that the network wanted the drama to return to “deep emotional storytelling” and to have enough time “to play all the aspects.” Morina added that moving forward, he wants the soap to be rich, emotion, unpredictable, and to be “slow enough where people can feel something.”

Phyllis Swap On Young And The Restless Stunned Fans

Of course, the latest shakeup is Stafford’s return as Phyllis, replacing Tognoni. Griffith explained that the decision was “just part of the bigger picture of us saying we need to try to get the show back to that iconic sensibility.”

The show also cast All My Children star Eva La Rue as Celeste Rosales, whose character will play the fun, fresh, invigorating mom of Lola and Rey. Her arrival will surely shake things up as she tries to once again be part of Lola’s life. Her involvement in Lola’s wedding preparation will put a strain not only on her relationship with her daughter but also on the relationship between Kyle and Lola.

Griffith and Morina can only hope that viewers of The Young and The Restless will appreciate the major changes and reconnect with the drama once again.

Days Of Our Lives Spoilers: Maggie Unexpected Bonding With Xander, He Has Ulterior Motives