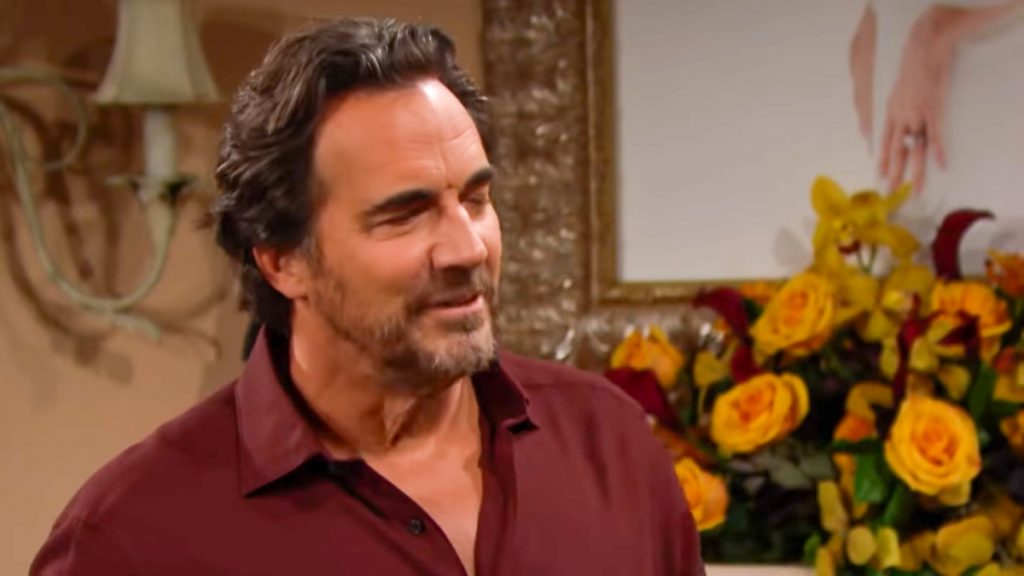 Ridge Forrester (Thorsten Kaye) is growing increasingly fond of Shauna Fulton (Denise Richards) on ‘The Bold and the Beautiful’. A number of people have noticed, which furthers the idea that a new couple may be forming.

Meanwhile, the often generous and forgiving soul, Eric Forrester (John McCook), approved of Shauna living in his guest house. As viewers saw, that literally opened another door for Ridge.

Viewers guessed that the Bikini Bar night wouldn’t be a one-time event. Instead, the humorous series of scenes that followed Ridge’s self-medication effort appears to project the start of a new romantic pursuit for Shauna and likely Kaye’s character as well.

The follow-up guest house incident, where Ridge happened upon Shauna in his dad’s lower residence, was hilarious. Kaye and Richards worked that sequence masterfully, lightening the mood on what has been a serious past few months of episodes. Great soap possesses balance, as the audience witnessed.

Everyone knows that Brooke and Ridge have a checked history. But, in the end, they’ve always reconciled, though none of those couple reboots have endured. That’s why this latest breakup, which includes the removal of rings by both parties, isn’t big news. Involved characters and the fans know that’s all part of this pairing’s game.

‘Bridge’ has been shaken in recent weeks through the Beth Spencer (Madeline Valdez and River Davidson) reveal and now, through Ridge’s defense of his son. Douglas Forrester’s (Henry Joseph Samiri) move from Brooke’s house to Eric’s estate extended tensions.

Brooke and Ridge could reconcile if Hope Logan’s (Annika Noelle) plan to adopt Douglas goes more smoothly than anticipated. But the unlikely nature of that happening should produce coming drama.

What Thomas wants, he’s gotten this year. However, his plan to marry Hope, though realized, is already over.

Atkinson’s character intended to push Brooke out of his dad’s life forever and to oust the rest of her family from Forrester Creations. The second part of his plan will temporarily be altered because Hope is pushing her adoption plan, with Thomas keeping custody of Douglas.

But devoted B&B fans know that Hope isn’t sincere. Thomas will be the injured party whenever this reveal happens. How he vents anticipated anger will affect his father, along with whatever relationship Ridge is involved in by that time.