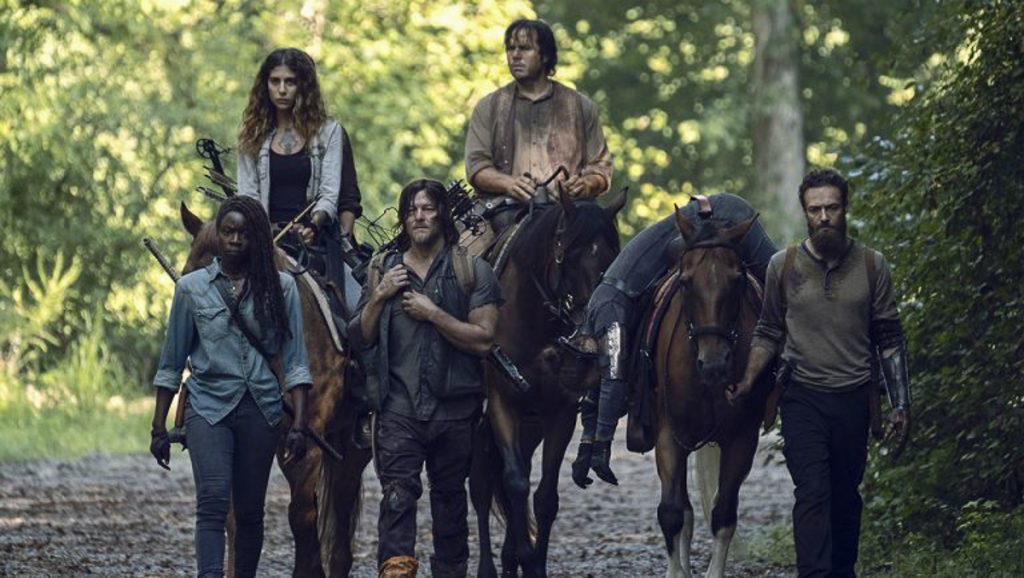 The Walking Dead may be approaching the end of its road. The AMC series is currently in the midst of its Whisperer War storyline, but it could be setting itself up for the ending. If the show follows closely to the graphic novels, what comes after this storyline could be the final story.

“Bonds” was the sixth episode of Season 10, which showed Eugene (Josh McDermitt) speaking to a mysterious woman through Hilltop’s radio. Viewers have been familiar with her before. She made an appearance in the final seconds of Season 9, but not through the crystal-clear clarity that was created with the Soviet satellite technology that Eugene installed into the radio to boost its signal. The two were seen talking about their lives before the apocalypse and making a connection.

Throughout their conversations, they both revealed that both lived in Strasburg, a town located in the Commonwealth of Pennsylvania. However, the woman was reluctant to share any details about herself or her current whereabouts. But she continued to keep talking to Eugene, as long as he doesn’t mention her to anyone else. But readers of the graphic novels know that this woman is known to be Stephanie, who lives in the Commonwealth area. Eugene and Stephanie embark on a romantic relationship, which is the foundation that is revealed in this episode.

Commonwealth is also the ending point for The Walking Dead. Robert Kirkman ended this story during the summer when Rick Grimes died at the Commonwealth. While AMC CEO Josh Sapan revealed that the franchise has “decades and decades of life left,” it seems like the show is staying true to the graphic novels. But it continues to remix and retell storylines to keep some of the larger characters around. It would be unusual for the show to carry on without any source material to rely on. According to TV Guide, it could end around Season 11 or Season 12.

That’s up to AMC if it wants to keep the show going past the graphic novels. Whether that’s going to happen is up to the creators of the series. The Walking Dead fans have different reasons as to why the show should go on and why it should end. But it’s easy to tell that viewers are finally approaching the end of The Walking Dead.

What are your thoughts? Do you think The Walking Dead should end? Or, do you think the series should still go on? Sound off below in the comments section.