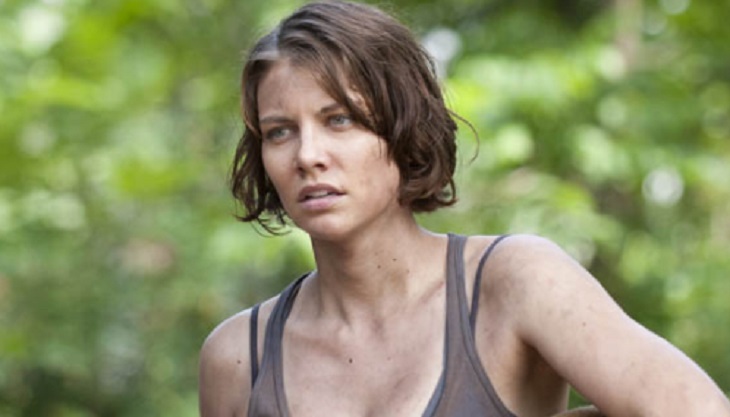 The Walking Dead star Lauren Cohan just landed the leading role on an ABC pilot called Whiskey Cavalier. It brought up the speculation that Maggie may be killed off during Season 8. Here’s what is known about the series and her future on TWD.

The actress is best known as Maggie on The Walking Dead. On Whiskey Cavaliers, Cohen will play Francesca “Frankie” Trowbridge, a CIA agent working alongside FBI agent Will Chase, played by Scott Foley. The FBI agent, Will Chase goes by the code name Whiskey Cavalier.

The series is labeled a dramedy. The show will follow Frankie and Chase’s complex missions. ABC expects the series to be picked up for a full season order, so Lauren’s time on The Walking Dead may be nearly over.
Whiskey Cavalier is written and executive produced by Dave Hemingson. Foley, who plays Will Chase, is set to produce the series. Bill Lawrence, Jeff Ingold, and Peter Atencio will help write and produce the show.

Her Time As Maggie Over?

The news of the ABC pilot comes just after TWD fans learned that she was having trouble reaching a salary agreement for Season 9. According to TV Insider, AMC sent over several salary negotiations to Cohen, but she rejected them all.

Reportedly, the actress isn’t happy with the pay, and she has demanded to be paid much more.  Some TWD fans fear that the new pilot is a sign that Cohan may be ready to leave the AMC hit TV show unless she can reach a contract agreement for Season 9, her time as Maggie may be over.

If AMC can come up with an acceptable offer, Lauren may plan to juggle both shows for as long as the taping schedule allows. Time will tell if Lauren Cohan will stay as Maggie. Do you think it’s time Maggie leaves TWD?
Check back later for more The Walking Dead spoilers, news, and casting updates!