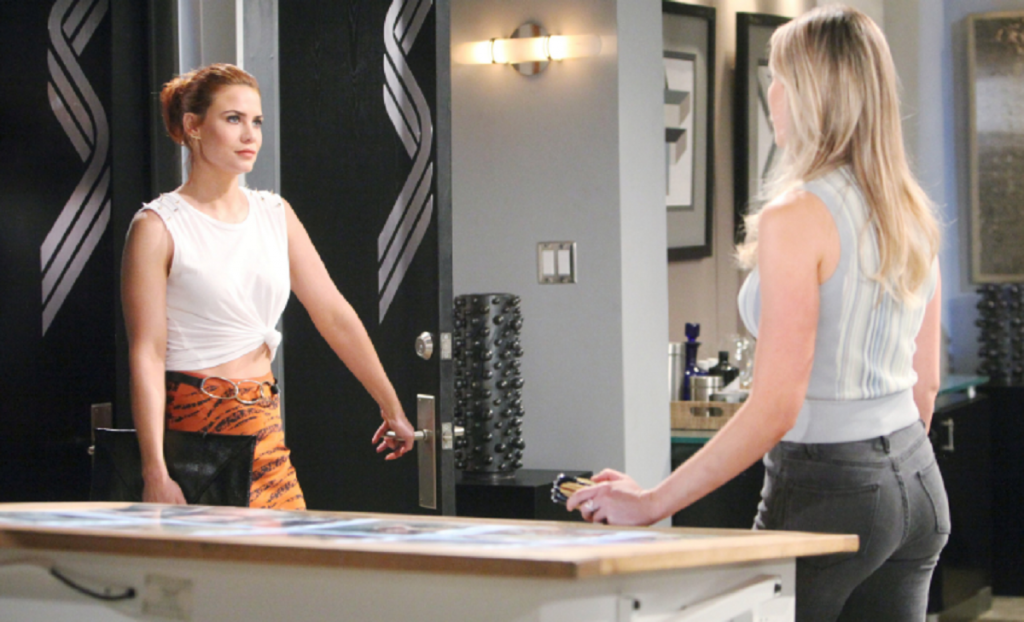 The Bold and the Beautiful (B&B) spoilers tease that Wyatt Spencer (Darin Brooks) is about to make a big decision. As B&B viewers know, he’s recently gotten back together with Sally Spectra (Courtney Hope), and Sally is adamant that the two of them take things slowly. Sally got seriously burned when Wyatt broke up with her over a secret that she kept for Thomas Forrester (Matthew Atkinson), and then he ended up immediately embarking on a relationship with his high-school sweetheart, Flo Fulton (Katrina Bowden).

Well, Wyatt’s romance with Flo ended up being quite serious in its own right, and Wyatt quickly had Flo move into the beach house with him. It looked like things were getting pretty serious between them, and they were in the beginning phases of planning a life together. But as B&B viewers know, the terrible truth about Flo’s participation in Reese Buckingham’s (Wayne Brady) baby swap and adoption scam soon came to light, and that changed everything.

Wyatt swiftly dumped Flo after how she pretended to be the birth mom to Beth Spencer (River Davidson and Madeline Valdez) came to light. Wyatt was horrified that he was willing to spend his life with someone who knowingly kept Beth from her parents and allowed her to be illegally adopted by Steffy Forrester (Jacqueline MacInnes Wood). As far as he was concerned, Flo just wasn’t who she thought he was, and he was completely disillusioned.

Well, soon thereafter, Wyatt wanted to jump right back into a serious relationship with Sally, but Sally quickly put the breaks on. She welcomed Wyatt back, but she wanted to take things slowly, and she rejected Wyatt’s idea of her immediately moving back into his beach house. Sally knows that Wyatt can tend to jump in feet first before thinking things through, and she wanted to temper him a bit.

According to B&B spoilers, Wyatt will soon reach a crossroads. After Flo approaches him yet again about getting back together and professes her undying love to him, he’ll decide that it’s time to make a big decision once and for all between the two women. He’ll carefully (and quickly) search his heart and decide that he definitely wants to move forward with one of them, but who will he choose?

The Bold and the Beautiful spoilers say that Wyatt will ultimately choose Sally and that he’ll purchase a ring and ask Sally to marry him. But is this really a good idea on Wyatt’s part? After all, if he was even considering Flo, or if he felt even something for her when she was professing her love to him and begging for forgiveness, then perhaps it’s not such a great idea for him to be proposing to Sally right now. Maybe he just needs to wait a while.

Of course, Sally might or might not accept his proposal. She definitely wants a relationship with Wyatt, but whether she’ll think that jumping into a marriage is a great idea right now remains to be seen. After all, she wasn’t keen on living with Wyatt just yet, so she might pump the breaks on a marriage plan, too. Do you think that Sally will accept Wyatt’s proposal?