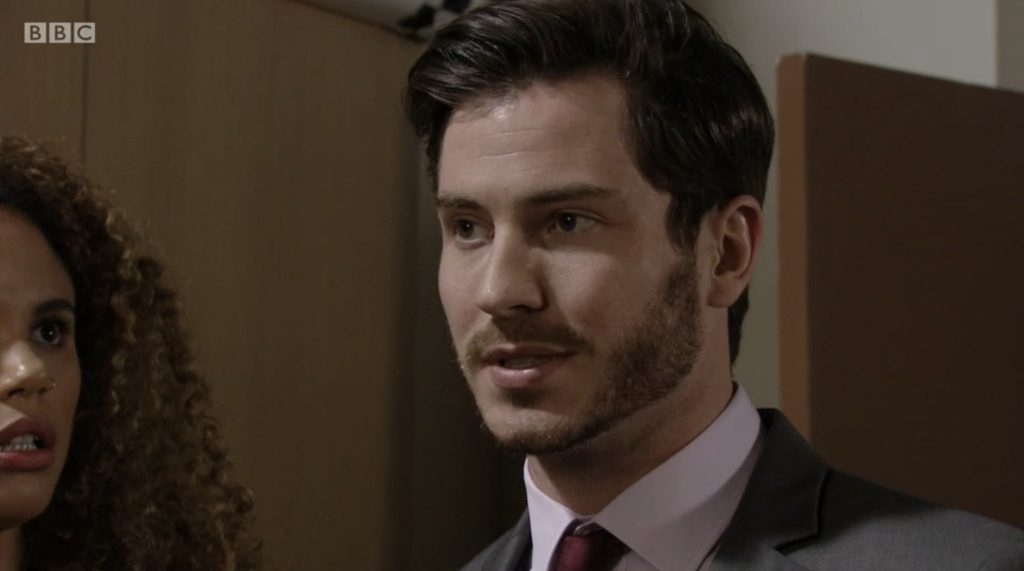 On EastEnders, Gray Atkins (Toby Alexander) may finally be exposed for abusing his wife Chantelle Atkins (Jessica Plummber) when her bruises are spotted at the hospital. However, she still believes that her husband could change. She gives him her full support as he prepares for his first therapy session. Does Gray mean what he says when he promises Chantelle that he’ll never hurt her anymore? Or is this just part of the cycle that’s common to most cases of domestic abuse?

It would seem that Gray could still be redeemed. Soap boss Kate Oates revealed exclusively to The Sun Online that the domestic abuser, Gary, despite his evil ways, can still change unlike all the other villains in the show.

Oates said, “I know there’s been a little bit of conversation about the fact that EastEnders always make their be-suited educated characters villains and it’s so crucial to his character because he works in the law fighting for the little guy.”

“That confuses Chantelle because he’s got a social conscience so he’s the opposite of her father who was completely flaky and couldn’t hold down a job as a guy who really does hold down a job,” she added.

Oates continued that that Gray has “a lot of redeeming qualities” and that he’s also part of what she referred to as the “aspirational lifestyle.”

“Abuse is so often about power. And he enjoys the power that he has over her,” she said.

#EastEnders Spoilers: Will Ben Mitchell Go Back To The Dark Side?https://t.co/L56OpmHNML

Chantelle Atkins Needs To Do Something, Kate Oates Says

Although Oates believes that characters can change and be redeemed, the victim, in such a scenario also needs to learn to take care of themselves. She also noted that if the abuser holds the key whether he can be redeemed or not.

She also pointed out that if she’s Chantelle’s friend, she’d ask her to leave with her kids. She added that her problem right now is that she didn’t tell anyone and nobody knows what’s going on between her and Gary. By not telling anyone, “she’s building higher walls around herself” and this will make things more complicated.

Oates and executive producer Jon Sen don’t want to repeat the domestic abuse storylines of Little Mo Mitchell (Kacey Ainsworth). They wanted something new, something different and challenging but important.

Days of Our Lives News: Matthew Ashford Has Something To Celebrate — See The Details Here!