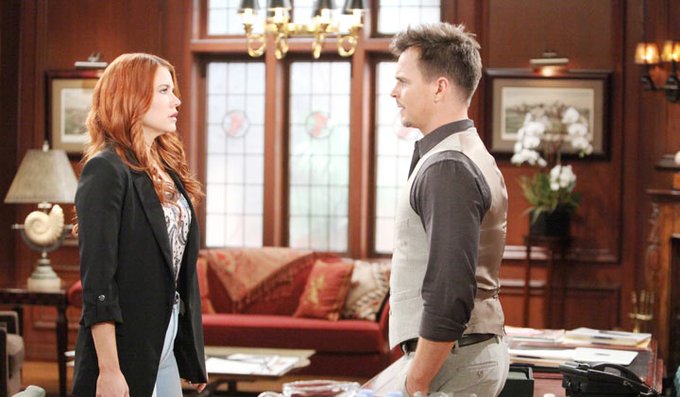 The Bold and the Beautiful (B&B) spoilers tease Wyatt Spencer (Darin Brooks) makes a big decision. He proposes to Sally Spectra (Courtney Hope). However, will she accept or turn it down? Could she be making the right choice by keeping her heart guarded?

The latest B&B spoilers reveal Wyatt feels conflicted between two women. As fans know, those two females are Flo Fulton (Katrina Bowden) and Sally Spectra. During the week of September 23, expect Wyatt to make a sudden decision by proposing to Sally. 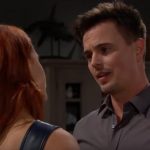 Even though Wyatt truly loves Sally, his motivations for the marriage proposal are a little more complicated. Part of it is love, while the other half of it is fear. He is terrified of making the wrong choice. He is also worried that he could mess things up with Sally again.

Bold & The Beautiful Spoilers – Flo Fulton Not Giving Up

The Bold and the Beautiful spoilers indicate that Flo is not giving up on the man she loves. Right now, she is content making subtle reminders of their romance. Even though he is back with Sally now, she is trying to be patient. However, what will her reaction be when she finds out that Wyatt proposed to Sally?

Bold and the Beautiful Spoilers: Katie's Health Crisis Revealed – Could This Lead to Flo's Redemption? https://t.co/ZwQlo9GxIP

B&B Spoilers – Why Sally Spectra Should Keep Her Guard Up

Wyatt broke Sally’s heart once before and she is terrified it will happen again. She also wants a solid relationship, one that is not easily broken. This makes her want to take things slow and steady. It seems that Wyatt just wants to rush back into things. He isn’t thinking of how the heartbreak affected her before, and things may or may not get back to the way they were. Only time can answer that question.

Even though she loves Wyatt, chances are she will turn down his marriage proposal. It has nothing to do with love – she just can’t rush into things this time. She wants to be sure that they make the right decisions at the right times. It is a smart move on her part and one that will keep her heart safe.

Days Of Our Lives Spoilers: Is Will Going To Be Vivian’s Next Victim?