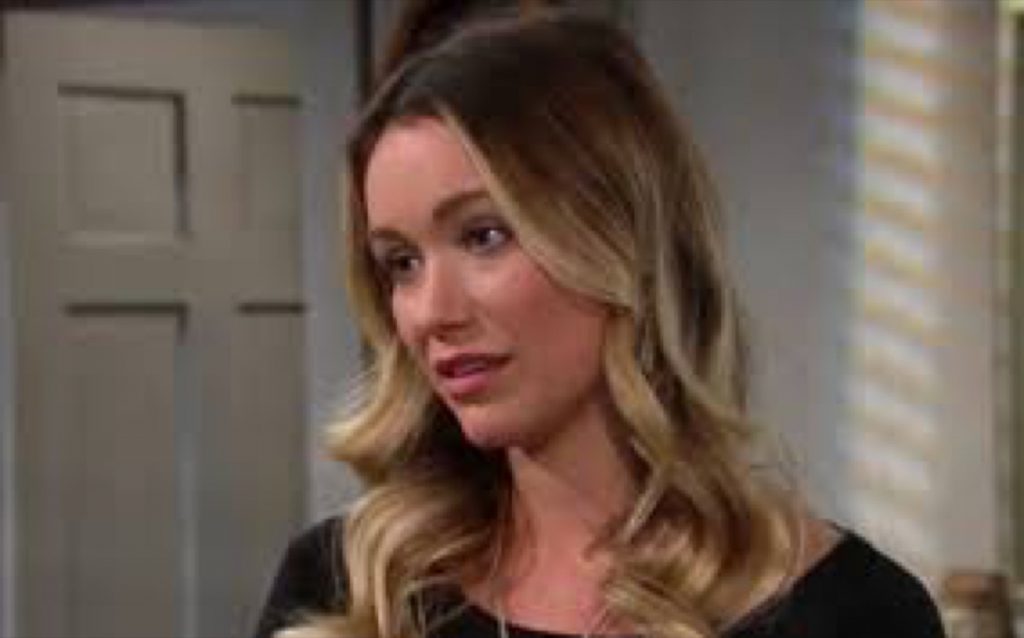 The Bold and the Beautiful spoilers indicate that Flo Fulton’s (Katrina Bowden) time in Los Angeles may be coming to an end soon.

This week on B&B, Flo finally confesses the truth about baby Beth. For months, her conscience has been weighing on her as she kept the secret. There were many times when she wanted to tell her cousin Hope Logan (Annika Noelle) that her baby was alive. But Flo kept quiet for fear of her life.

The Bold and the Beautiful Spoilers – Will Flo Fulton Leave Town

But now that Flo knows about Thomas Forrester’s (Matthew Atkinson) dark past, she’ll have no choice but to tell the truth.

When the truth is revealed, Flo will lose everything. Her boyfriend Wyatt Spencer (Darin Brooks) will break up with her. Wyatt will be furious that Flo made his brother Liam Spencer (Scott Clifton) and Hope believe their child had died.

Aside from Wyatt, Flo will also face the wrath of Hope and the Logan family. A few months ago, Flo learned that her father was Storm Logan (William deVry). The Logan sisters welcomed Flo into their family and bonded with their niece. However, their connection will be broken when they learn about Flo’s lies.

Flo will beg for forgiveness and try to get everyone to see her side of the story, but her pleas will fall on deaf ears. No matter how Flo tries to spin it, she wasn’t a victim in the plot. She went along with Reese Buckingham’s (Wayne Brady) plan. She saw how distraught Hope was and she never said a word the entire time.

Bold and the Beautiful Spoilers – Can Thomas Be Redeemed, Writers Have Written Character Into A Corner @celebratesoaps https://t.co/HV8MK5XGM4

With her family and Wyatt angry at her, Flo will have to make a decision. Will she leave town or stay?

Her first instinct will be to leave town, since she has no reason to stay. She’s lost her boyfriend and is estranged from her family. She feels that it would be in everybody’s best interest to go back to Las Vegas.

However, with Flo connected to a core family and part of a major storyline; she may not be leaving quite yet. Even though viewers probably want Flo to leave and never come back, odds are she’ll be staying in Los Angeles just a little while longer.

The Young and the Restless Spoilers: Adam Outplays Phyllis – She Plots Her Next Move