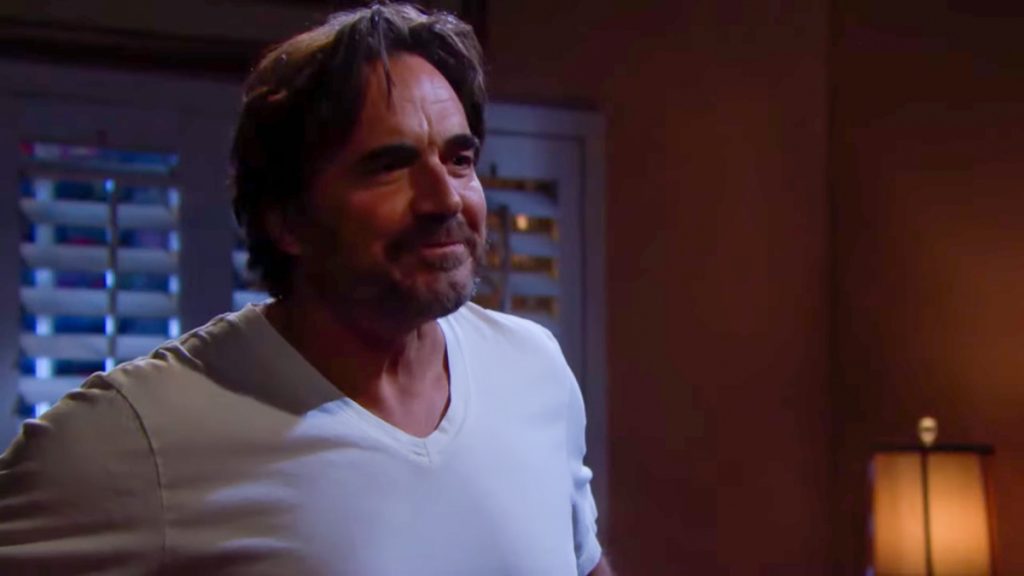 The Bold and the Beautiful spoilers for Tuesday, October 29, tease that Hope Logan (Annika Noelle) will unveil a sneaky plan. As B&B viewers know, she was devastated when Thomas Forrester (Matthew Atkinson) and Ridge Forrester (Thorsten Kaye) came and took Douglas Forrester (Henry Joseph Samiri) out of Brooke Forrester’s (Katherine Kelly Lang) mansion. Hope had come to see herself as Douglas’ mother and primary caretaker, and she doesn’t want to accept that this is the way things have to be.

According to B&B spoilers, Hope will catch up with Brooke on Tuesday’s episode, and she’ll reveal her plan to get custody of Douglas. She’ll let Brooke know that she plans to use Thomas’ lingering feelings for her against him – and that she’ll even lead Thomas to believe that the two of them might have a future together if he allows her to have joint custody of the little boy.

Well, it looks like that plan will worry Brooke. As B&B viewers know, Brooke doesn’t trust Thomas, and she thinks he’s terribly dangerous. She’ll worry about Hope’s safety as she carries out her manipulative plan. B&B spoilers also say that Liam Spencer (Scott Clifton) will balk at Hope’s scheme as well. Neither Brooke nor Liam will want Hope anywhere near Thomas, and they certainly won’t want her leading him on.

Both Brooke and Liam know that Thomas is manipulative in his own right, and they might fear that he’ll catch on to what Hope is trying to do. It looks like Brooke will try to talk Hope out of her plan on Tuesday’s B&B episode, but Hope won’t be deterred. She’ll be convinced that this is the right thing to do for Douglas’ sake.

Next, on Tuesday’s new episode of B&B, Ridge will surprise Shauna Fulton (Denise Richards). As B&B viewers know, Ridge and Shauna are in the middle of a passionate kiss that began after Ridge walked into the guesthouse at the Forrester estate. Ridge just moved into the mansion, and the guesthouse will be his living quarters, but he didn’t realize that Shauna was asleep in his bed.

Quinn Forrester (Rena Sofer) had given Shauna permission to stay in the guesthouse, but then went out of town on business and forgot to tell Eric Forrester (John McCook) that Shauna would be staying there. That led to some comedic moments as Ridge entered the guesthouse and Shauna leapt out of the bed with a face mask on.

Steffy gets honest with Liam as Thomas runs into Zoe on Thursday's #BoldandBeautiful!

Bold & The Beautiful Spoilers – Will Ridge Forrester Stay The Night With Shauna Fulton?

Well, one thing led to another and Ridge ended up pulling the mask off Shauna and kissing her. But what will happen next? According to B&B spoilers, Ridge will stun Shauna with his response to her inquiry about their sleeping arrangements. Will they actually spend the night in the same bed? And will more happen between them than just a kiss?

There’s of course the possibility that they’ll sleep in the same bed without making love, and that could be something that’s difficult to explain later. As B&B viewers know, Ridge would like to work things out with Brooke, even though things seem pretty bleak between them right now. B&B viewers will have to tune in on Tuesday to see what ultimately happens between Ridge and Shauna!