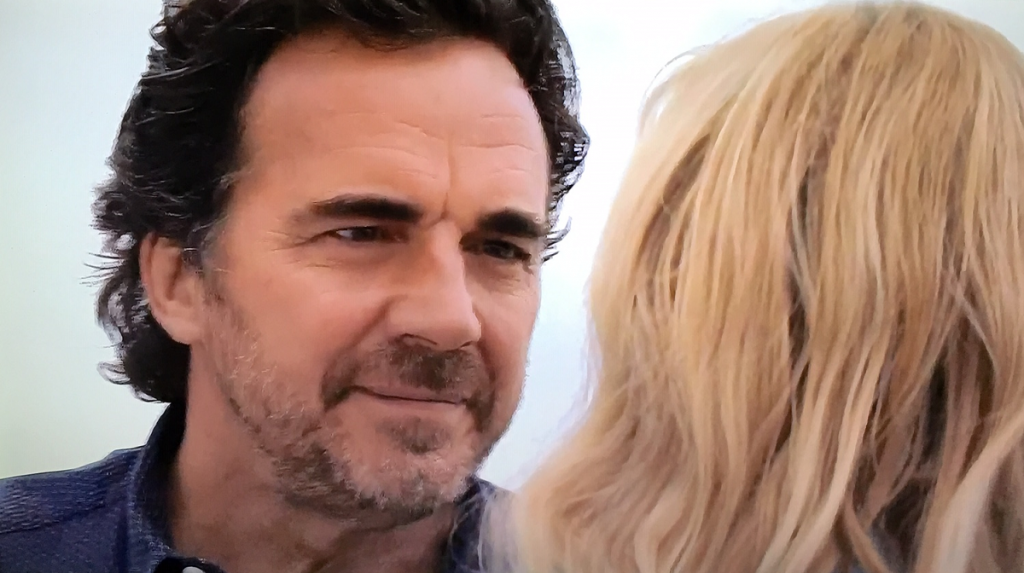 The Bold and the Beautiful spoilers for Thursday, September 12, tease that the terrible argument between Ridge Forrester (Thorsten Kaye) and Brooke Forrester (Katherine Kelly Lang) will continue.

As B&B viewers know, Brooke was outraged to hear about the immunity deal that Flo Fulton (Katrina Bowden) received, and she was even more outraged to hear that Ridge actually agreed to the deal. As far as Brooke is concerned, Flo committed serious crimes against Hope Logan (Annika Noelle) and she needs to pay.

Things got even worse when Brooke learned that Ridge had signed off on Flo’s immunity deal with Detective Alex Sanchez (Jeremy Ray Valdez) without consulting her. As B&B viewers know, Brooke is on a mission to make sure that the people who were involved in keeping Beth Spencer (River Davidson and Madeline Valdez) away from Hope pay the price. And she is now livid that Flo is getting off scot-free.

But the argument between Brooke and Ridge really took a turn when Ridge explained that he signed off on Flo’s immunity deal as a means of protecting Thomas Forrester (Matthew Atkinson). Ridge argued that Thomas would become the subject of public testimony if Flo had a trial and testified about her crimes and that the whole thing was better off handled as a family matter. This outraged Brooke, who then vowed to make Thomas pay.

Brooke also let Ridge know in no uncertain terms that Thomas is not welcome back in their home and that she’s going to do everything she can to keep Douglas Forrester (Henry Joseph Samiri) away from Thomas. On Thursday’s episode, Ridge will react to Brooke’s statements about Douglas and Thomas, and it looks like things will continue to escalate between them.

B&B viewers should expect Brooke and Ridge’s argument to continue, with neither of them even considering backing down. Ridge is determined to be there for Thomas, even though Thomas has made terrible mistakes. He’ll refuse to abandon his son. But Brooke won’t back down, either. She genuinely thinks that Thomas is dangerous – after all, he physically threatened both Flo and Emma Barber (Nia Sioux), and she doesn’t think he’s changed at all since then.

According to B&B spoilers, Ridge will get completely disgusted with Brooke and he’ll end up leaving the mansion in anger. From there, he’ll head to Bikini Bar, frustrated and alone.

Meanwhile, on Thursday’s new episode of B&B, Brooke’s woes will continue. After Ridge walks out on her, she’ll get a visit at the mansion from Shauna Fulton (Denise Richards). As B&B viewers know, Shauna is feeling exceedingly grateful to Ridge for agreeing to the plea deal. Whether she comes to the mansion to see Brooke or Ridge (or both) remains to be seen, but she’ll wind up encountering Brooke who will be fresh from her argument with Ridge.

Well, Brooke will not be happy to see Shauna. After all, Brooke is furious that Flo got an immunity deal, and she just won’t feel like dealing with Shauna right now. But it looks like Shauna will persist. Shauna may want to appeal to Brooke about Flo’s true motives and that she’s a good person deep down, but that’s certainly not something that Brooke is going to want to hear. B&B spoilers say that Brooke will push Shauna out of the mansion in frustration.

Bold And The Beautiful Spoilers: Health Crisis For Katie Logan – Is Flo At Fault? @celebratesoaps https://t.co/DeDvPHDFXj

And that may end up being a very disastrous move for Brooke to have made, as ongoing B&B spoilers indicate that Shauna will wind up going straight to Bikini Bar. She’ll be peeved at how Brooke threw her out of the mansion, and she’ll probably need a drink. Well, B&B viewers can probably see where this is going…with Ridge and Shauna eventually ending up at Bikini Bar together.