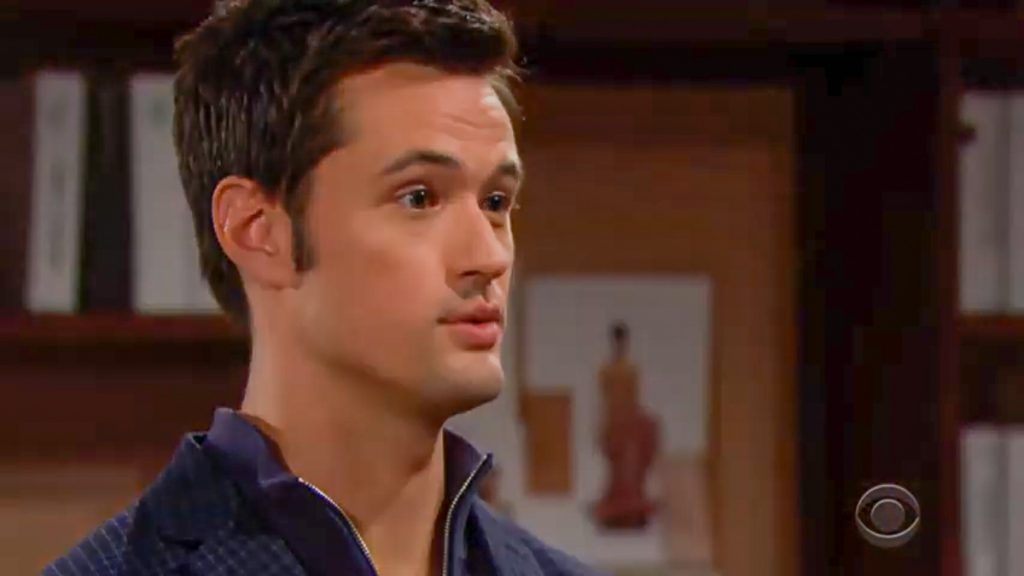 Thomas Forrester (Matthew Atkinson) hasn’t reformed on ‘The Bold and the Beautiful’. Instead, he’s recalculated.

It’s arguable that Hope Logan (Annika Noelle) was actually maneuvered into believing that she should share custody of Douglas Forrester (Henry Joseph Samiri) with Thomas Forrester (Matthew Atkinson). Now that it’s happened, Thomas has gained a prime position much sooner than even he expected.

Atkinson’s character’s hope was to prove himself to Hope. He knew that time would be needed to do so. But now that he has almost, if not actually daily contact with the woman he loves, or is obsessed with depending upon various other viewpoints, Thomas stands to continue working his mind magic on Noelle’s sometimes naive character.

Bold And The Beautiful Spoilers – Douglas Forrester Is An Ally

Douglas proved far shrewder than the five-year-old initially appeared to be. As B&B fans recall, he understood that his father was applying too much pressure to him. Samiri’s extraordinarily well-played character also came to understand that what Thomas was doing was wrong.

Now, months later, after having made up with Thomas, Douglas has regained trust with his father. As of the moment he’s also become an ally in helping to coerce Hope back to work at Forrester Creations.

Hope enjoyed being with Beth at the cabin, but she’s also been wanting to return to the helm at Hope For The Future. So, the cute poster Douglas created, as part of Thomas’ dubbed secret plan, was created and pushed at the right time.

Liam was infuriated the moment he learned that Thomas staying on as a designer wasn’t a deal-breaker. How could she possibly allow the man who’d kept information about ‘Lope’s’ daughter being alive and living under Steffy’s care back into her work life?

Well, Liam, after agreeing to co-parent Douglas, this shouldn’t be that big of a surprise. She expects to manage Thomas.

Douglas could easily prove to be the person who stops Thomas’ next scheme, if it goes to far. But then again, maybe for a storyline twist, B&B has Hope play the avenger this time.

She’s being setup similar to how Douglas was. But Hope is also smart and was infinitely wronged as a mother, not just as someone who was personally connected to Thomas. So, instead of everyone, including Liam, being worried about Hope, they should have faith in her to do what’s best for all involved and keep herself safe in the process.

Who fell into the vat? Right.