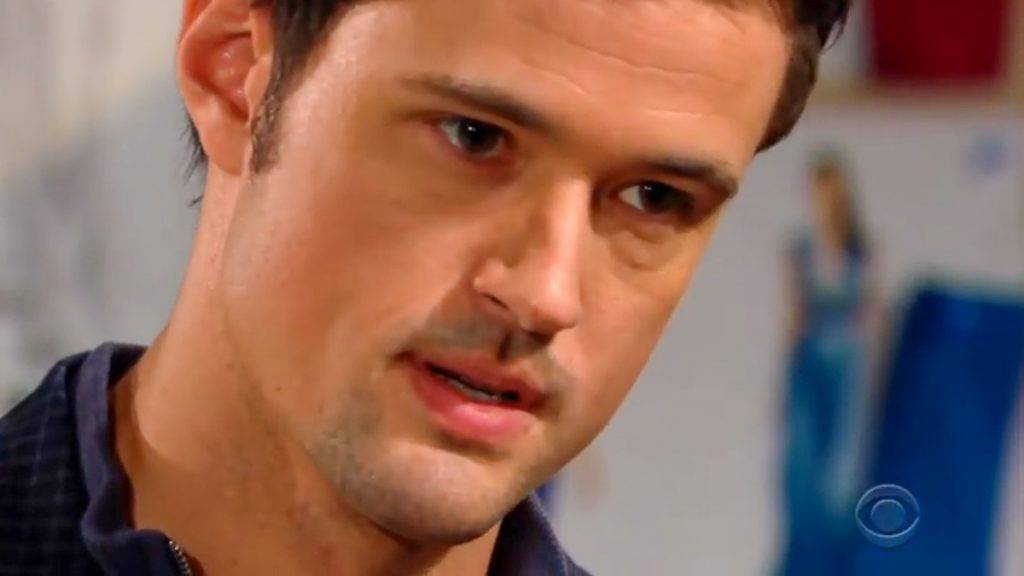 The Bold and The Beautiful spoilers tease that Thomas (Matthew Atkinson) makes big promises to Hope (Annika Noelle) but Liam (Scott Clifton) has major concerns, based on Thomas’ past behavior next week on The Bold and the Beautiful. Thomas is desperate to have Hope and he will do anything to get her, and Thomas has been known for doing whatever it takes to get what he wants! What will Thomas do next?

At the offices of Forrester Creations, Thomas talks to Hope and tries to convince her to give him a chance and try working together. She looks hesitant. B & B viewers will recall from Friday, December 6th’s episode that he had even brought his young son Douglas Forrester (Henry Joseph Samiri), who Hope adores and thinks of as her own into the office where he made a pitch about all of them working together in the office, and Douglas made a sign for her clothing line with crayons!

Thomas continues to try to convince Hope to work together, saying with his hope and her vision they can’t lose. Hope looks worried – and she should be, because even his own sister accused Thomas of using little Douglas to get back with Hope and she didn’t like it!

Liam warns Hope against falling for Thomas’ schemes, and reminds her that Thomas is still after her, and that every move he makes is means to an end! A flashback is shown of Thomas kissing Hope’s hand, obviously from the times he had previously stalked her. Liam continues, trying to convince Hope that working with Thomas is a bad idea, and tells her he’s no good.

Then Thomas pleads with Hope to let him show her that chance to prove that together they would be a winning team at work. Then Liam confronts Thomas; sternly warning him that he needs to back off! He will never, ever, ever let Thomas hurt Hope again!

Bold & The Beautiful Spoilers -The Rivalry Goes Back A Long Time

Hope had been previously married to both Liam and Thomas, so there is a built-in rivalry there to begin with; Liam continues to believe that Thomas is nothing but a liar and a manipulator, which is probably true. After all, he had recently fallen into a vat of what Hope had thought was acid but was only cleaner, and let Hope think he was dead and that she was responsible until he reached out to her to let her know he was alive, and made an excuse that he wanted to teach her that good people do bad things sometimes!

But then, Hope had only married Thomas to get back at Liam for sleeping with Thomas’ sister Steffy Forrester (Jacqueline Macinnes Wood) even though Hope herself had slept with Liam while he was married to Steffy! Obviously, the rivalry between Thomas, Hope, Liam and Steffy goes back a long time and won’t be resolved any time soon! Not to mention neither Hope nor Liam are aware of Thomas’ plans to reunite himself with Hope while he thinks he can reunite Steffy with Liam!