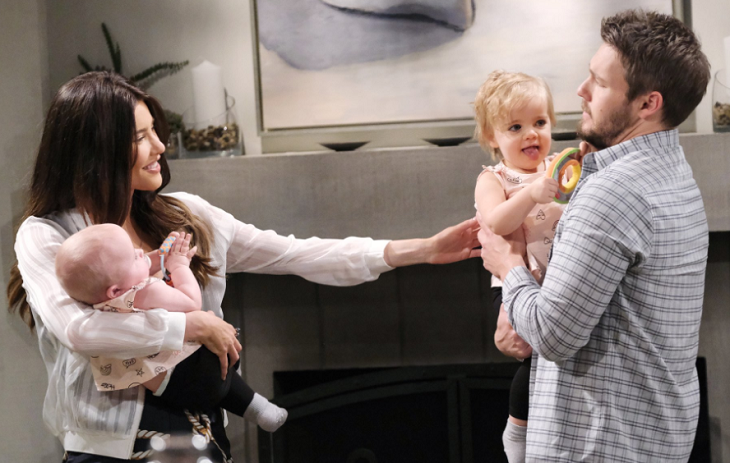 Steffy Forrester (Jacqueline MacInnes Wood) chose herself last summer on the Bold and the Beautiful. She opted to release Liam Spencer (Scott Clifton), her husband at the time, so he could return to Hope Logan (Annika Noelle). While Lope reformed and still love each other, that couple now appears to be over.

Hope’s heartfelt decision is fully selfless. She seems to believe that the best possible course away from the pain both she and Liam are enduring is to have them end their marriage.

Bold And The Beautiful Spoilers – Months Of Plot To Play Out

Having Liam as anything more than a co-parent to Kelly Spencer (Zoe Pennington and Chloe Teperman) didn’t seem possible in the recent past. But then Catalina Island happened and Beth Spencer (Madeline Valdez and River Davidson) appeared lost.

Appeared is the key word in the last paragraph because B&B fans know that little girl was not stillborn. Instead, she’s alive and remains healthy. Her adopted mother is a lady Liam and Hope know well, Steffy.

Of course the Spencer’s and Steffy have no idea that Phoebe is really Beth. That reveal has been teased as happening after the summer is over. Taking Bradley Bell’s words to heart allows many months of plot to play out.

Bold And The Beautiful Spoilers – Who Does Liam Spencer Love?

Assuming Hope does leave Liam, that will allow Clifton’s character to spend plenty of time with the girls as intended. Sure, he and Steffy aren’t likely to instantly rekindle romance. But prevailing emotions and the proximity between them will surely enable both vulnerable souls to deepen their friendship. From that base and in keeping with their own strong history, another edition of Steam is at least plausible.

Bold And The Beautiful Rumor: Flo Gets Pregnant For Real This Time @SoapOperaSpy https://t.co/iFwwYk5fri #BB #BoldandBeautiful

It’s impossible to quantify who Liam loves more deeply. It could be that he cares for Hope and Steffy in ways that aren’t comparable, nor should they be. What is true is that Liam is fully committed to Kelly and will be able to form a deeper bond with Phoebe. That particular link will prove powerful when the Phoebe-Beth reveal drops.

By that time Steffy will have had an opportunity to consider whether she and Liam can work again. Clifton’s love-lorn alter ego will also have a better understanding of who he wants, romantically.