The Bold and the Beautiful Spoilers: Scott Clifton Talks Douglas Custody and How Liam Is Spread To Thin 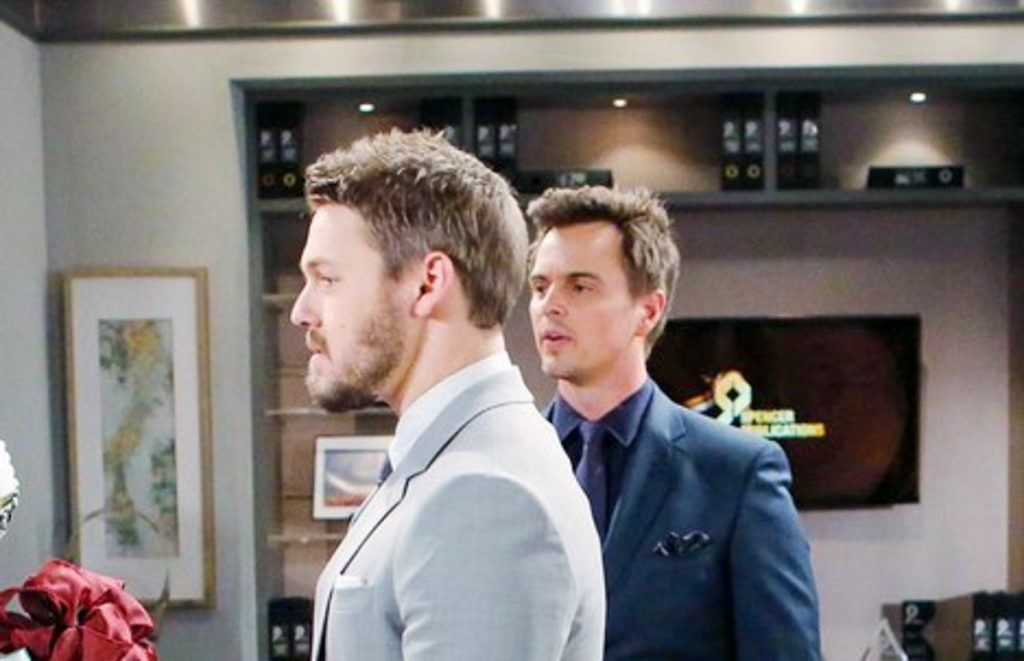 The Bold and the Beautiful spoilers reveal Liam Spencer (Scott Clifton) has his hands full with two families. In addition to having two children of his own by different women, he is now the adoptive father of Douglas Forrester (Henry Joseph Samiri). The actor recently explained that the custody arrangement is a “gray area.”

Bold & The Beautiful Spoilers – Liam Spencer Has a Full Plate

B&B spoilers confirm that Liam already had a full plate between Steffy Forrester (Jacqueline MacInnes Wood), Hope Logan (Annika Noelle) and the two children he has between the women. Now, he has to be responsible for yet another child, Douglas Forrester. He is being spread pretty thin and barely has time to spend time with his children equally.

Scott Clifton recently spoke to Soap Opera Digest about Liam’s responsibilities. He called it a “gray area” when talking about his two separate families.

“…this is a gray area. Liam said on the show that he’s getting spread pretty thin. Now we’re in this sort of murky, ambiguous gray area where Hope and Thomas are sharing custody of Douglas. The problem with that… I mean, sometimes be careful what you wish for, right?”

The Bold and the Beautiful spoilers tease that Liam has been trying to spend more time with the daughter he has with Steffy. He was beginning to do good about that, but now a monkey wrench has been thrown into the equation. That is Douglas Forrester. Now, it’s not the little boy’s fault that Liam’s plate is overflowing. However, Hope should have discussed custody with him before Brooke Logan Forrester (Katherine Kelly Lang) had custody papers drawn up.

Liam didn’t want Hope to pursue custody of Douglas because he knew it would be too much added to his plate. However, what is done is done. At least Liam gets a bit of relief because instead of sole custody, “Lope” just has joint custody. At least, for right now.

But what happens when Hope makes good on her intention to get Thomas Forrester (Matthew Atkinson) out of the picture? Fans will have to keep watching the CBS soap opera to see what happens next.

General Hospital Spoilers: Michael Takes Care Of Wiley After Tragic Accident, Will He Discover The Truth