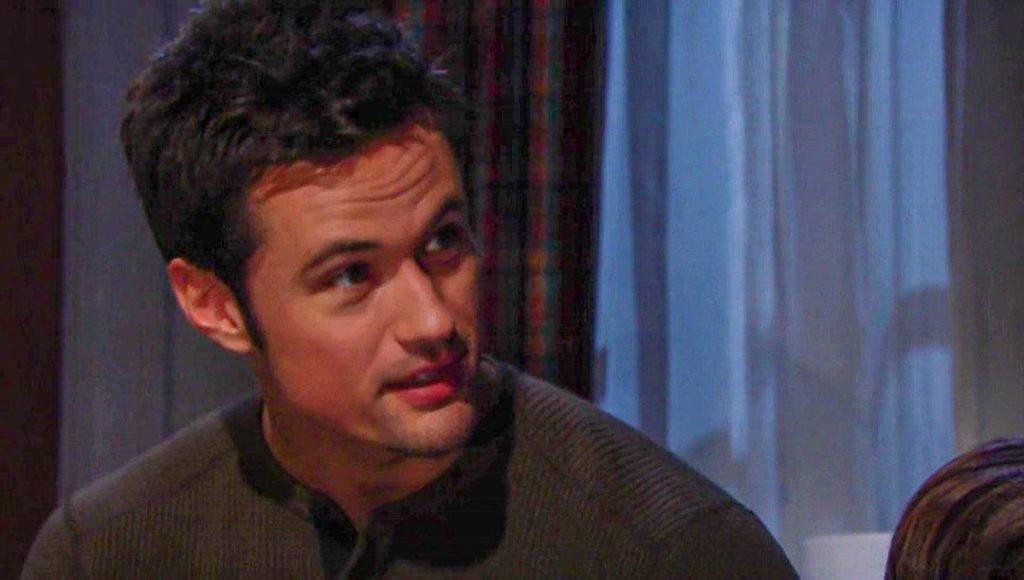 The Bold and the Beautiful (B&B) spoilers tease that Thomas Forrester (Matthew Atkinson) will target Liam Spencer (Scott Clifton) in his plot to win Hope Logan (Annika Noelle) over. It will be a hard thing to do, to try to turn Hope against Liam. However, Thomas will try, and he might even succeed.

Thomas isn’t happy on the way Liam has continually trashed him and tried to keep Hope away from him. He believes that Liam is against Hope’s shared custody agreement with him and he worries about how Liam will treat Douglas Forrester (Henry Joseph Samiri). Here’s what’s coming up on B&B.

The Bold and the Beautiful Spoilers: Sally Proposes A Quick Elopement To Wyatt

Hope is very important to Thomas and he refuses to let her connection to Liam be a deal-breaker. In his mind, he can get Hope to leave Liam for him. And the way he thinks he can make it happen is by using her connection to Douglas.

Instead of trying to play fair in his fight for Hope, he decides to target Liam. He tries to e

xpose him for being the hypocrite Thomas thinks he is. B&B spoilers suggest that Thomas will imply that Liam might be still in love with Steffy Forrester (Jacqueline MacInnes Wood), which would be a definite touchy subject for Hope.

Liam and Steffy aren’t interested in each other anymore. They have settled into a pattern of co-parenting and they are close friends. So, any implication that there is something more between isn’t true. However, that won’t stop Thomas from trying to convince Hope that Liam is still in love with Steffy.

The truth is Hope will probably believe him. He will try to drive a wedge between them, and his plan could work. Liam and Hope are on shaky ground. B&B spoilers state that things will continue to be tense between Thomas, Liam, and Brooke as they all fight for Hope’s attention.

The question is can Hope and Liam survive Thomas’ attack? Do you think Hope and Thomas will end up together? Don’t forget to come back later for more The Bold and the Beautiful (B&B) spoilers, news, and casting updates!