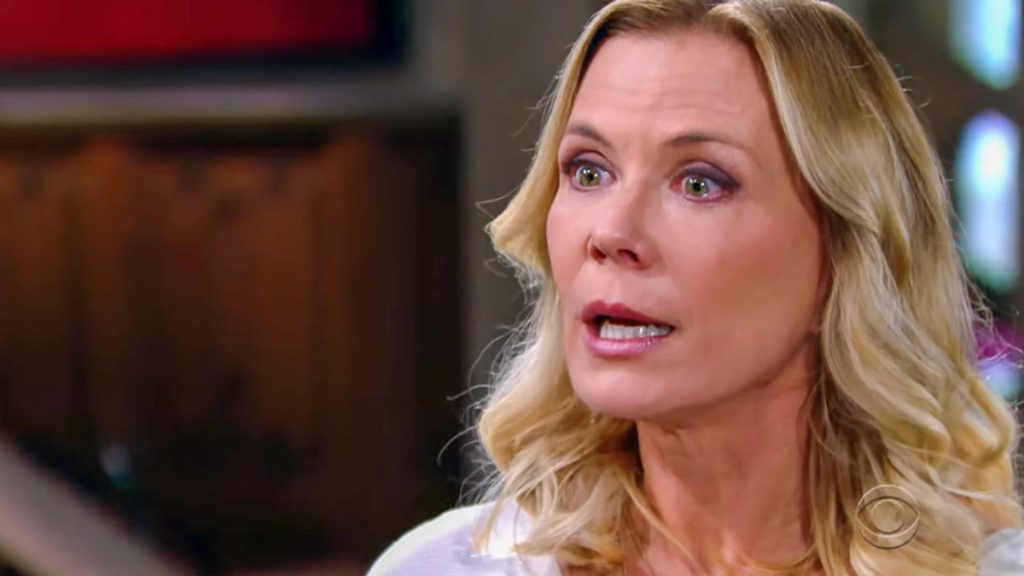 The Bold and the Beautiful spoilers reveal Ridge Forrester (Thorsten Kaye) walks out on his wife. However, a short time later, he suggests that to heal their marriage, Brooke Logan Forrester (Katherine Kelly Lang) needs to forgive Thomas Forrester (Matthew Atkinson).

B&B spoilers confirm that Ridge learns the truth about what happened with Thomas and Hope at Forrester Creations. He isn’t pleased that his wife lied to him and urged Hope Logan (Annika Noelle) to keep the assumed “death” from him.

As a result of everything that has transpired in the past few months, the secret about Thomas’ “death” was the last straw. Ridge had enough and used Brooke’s lie as a reason to end the marriage. Ridge told his wife that it was over before walking away.

The Bold and the Beautiful spoilers indicate that Brooke begs Ridge to reconsider his decision. She really thought he would understand why she lied about Thomas’ fate. Just like he does whatever is necessary to protect his son, Brooke felt she was doing the same thing for Hope. However, he doesn’t understand her point of view and feels that she crossed a line.

She is left stunned and heartbroken. She doesn’t know what to do next to fix her marriage while holding onto her belief that there is no fixing Thomas.

It is speculated that Ridge ends up having second thoughts about filing for divorce. B&B spoilers two weeks ahead reveal he tells Brooke that in order to heal their marriage, she needs to forgive Thomas. This comes after he walks out on her and ends their marriage due to her secrets and lies about Thomas.

So, does he have a change of heart? Or does she beg him to come back? What about Shauna Fulton (Denise Richards), where does this leave her? Fans will have to keep watching the CBS soap opera to see how this storyline develops in the next few weeks.