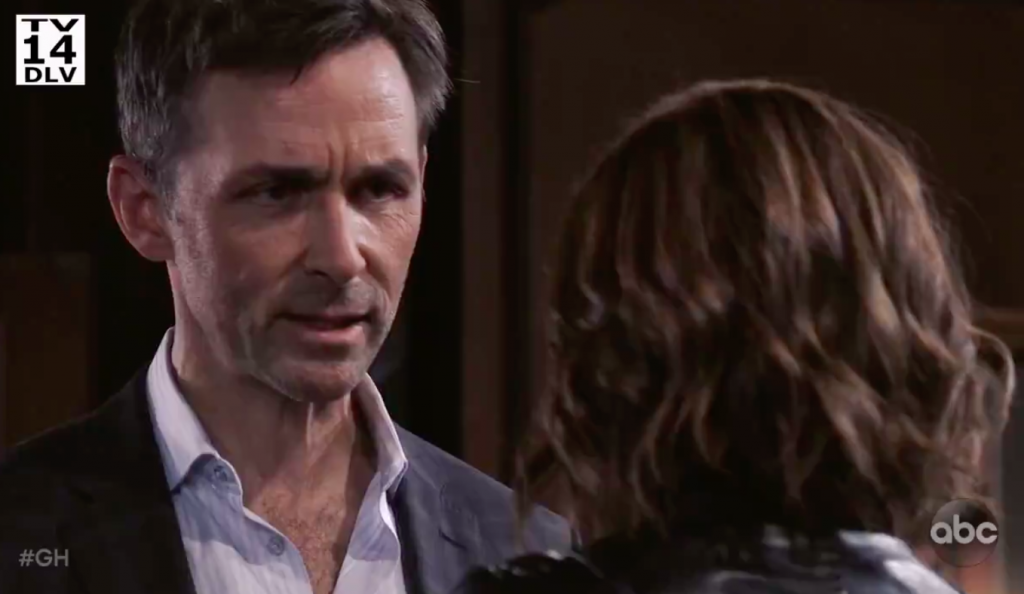 General Hosptial (GH) spoilers tease that Valentin Cassadine (James Patrick Stuart) is the reason that Hayden Barnes (Rebecca Budig) will have abandon her life in Port Charles once again and go into hiding. Valentin made it clear that if she didn’t agree to give Valentin information on what is so important about the portrait of Helena Cassadine that harm will come to her. So soon she will go into hiding, hoping that Valentin won’t be able to find her.

GH Spoilers: If Jax Jacks Can’t Find Hayden Barnes – What Will He Do Next?

There are a couple of option of what Valentin might do if he can’t find Hayden. His next likely choice would be to make a similar offer to Jasper “Jax” Jacks (Ingo Rademacher). It’s unclear what Jax will do at this point. He is growing increasingly frustrated with Nikolas Cassadine (Marcus Coloma), so he might just want to wash his hands of the whole thing. But on the other hand, Jax seems to be falling for Nina Reeves (Cynthia Watros) so he might see this through until the end in order to get Nina away from Valentin. It should be interesting to see how a confrontation between the two powerful business men plays out.

Laura Collins (Genie Francis) might also be on the receiving end of one of Valentin’s threats. He likely wouldn’t threated her, but instead her grandson Spencer Cassadine (Nicholas Bechtel). Laura doesn’t know that Nikolas is alive at this point so she wouldn’t have as much information as Jax would, but Spencer is her weak spot. Valentin wouldn’t hesitate to threated Spencer in some way. But threated Laura has a lot of powerful friend in Port Charles, namely Sonny Corinthos (Maurice Bernard). Valentin would surely think twice before making an enemy out of Sonny.

General Hospital Spoilers: Laura And Jax Get A Surprise Visitor – Or Will It Be Two? https://t.co/aQZhQOWplb pic.twitter.com/kHz0l2RagD

Ava Jerome (Maura West) is actually the person who has the portrait. Right now, it’s in a safe place. Valentin might just forego asking for information about the portrait, when he could potentially just try to take it back. He might threaten Ava to get it’s location, but she likely won’t give Valentin what he wants.

With Hayden out of his reach who will Valentin threaten next. Will it be Jax, Laura or Ava? Or will Nikolas finally reveal himself to hated enemy? Some very tense scenes are coming up, so stay tuned to General Hospital airing weekdays on ABC. And don’t forget to check back here regularly for all your General Hospital news, information and spoilers!