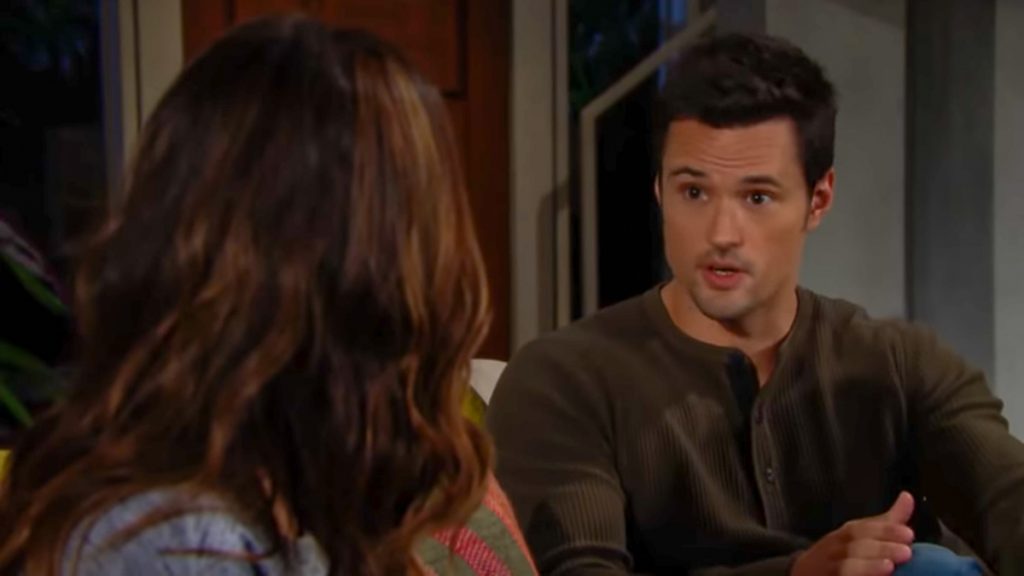 The Bold and the Beautiful spoilers for Wednesday, December 4, tease that Hope Logan (Annika Noelle) and Liam Spencer (Scott Clifton) will find themselves feeling extremely grateful. It will be Thanksgiving, and it will be the very first Thanksgiving that Hope and Liam share with their daughter Beth Spencer (River Davidson and Madeline Valdez).

As B&B viewers know, there was a time in the very recent past when Hope and Liam thought that Beth had died during childbirth. Of course, this was all due to Reese Buckingham’s (Wayne Brady) baby swap scheme, when Reese stole Beth in order to sell her to Taylor Hayes (Hunter Tylo) so that Steffy Forrester (Jacqueline MacInnes Wood) could adopt her.

As it turned out, Hope and Liam went for months believing that Beth had died, while Steffy unknowingly adopted her. But now that Hope and Liam have Beth back, they’re going to want to make her first Thanksgiving a special one, and they’ll probably take some time to themselves to reflect on just how lucky they are to have her in their lives.

Meanwhile, on Wednesday’s episode of B&B, Thomas Forrester (Matthew Atkinson) will find himself on the receiving end of some serious questions. As B&B viewers know, he recently signed the adoption papers that Hope had drawn up, which gave her parental rights over Douglas Forrester (Henry Joseph Samiri). Hope is now Douglas’ adoptive mother, and she has full say in what happens with Douglas going forward.

Of course, Hope is under the impression that she and Thomas are going to co-parent Douglas from a distance, but Thomas has very different plans. There’s a good reason that he agreed to sign the adoption papers and give Hope joint custody of Douglas, and it’s mostly because he wants to maintain a relationship with Hope going forward.

As B&B viewers know, Thomas is still in love with Hope and he wants to be a part of her life forever, and now that she’s Douglas’ adoptive mother, he’s assured that this will be the case. Of course, at one point Hope’s big plan was to get joint custody of Douglas, and then file for sole custody, but it looks like that plan may have now gone by the wayside.

B&B Spoilers – Thomas Forrester Finds Himself In The Hot Seat

At any rate, B&B spoilers say that Steffy and Ridge Forrester (Thorsten Kaye) will corner Thomas on Wednesday’s episode and question his wisdom in allowing Hope to adopt Douglas. Of course, they may voice their displeasure with the situation, but there won’t be much they can do about it now, since what’s done is done.

Still, it looks like they’ll do what they can to persuade Thomas to contest the paperwork, although it doesn’t seem like Thomas wants to do that. He’s perfectly fine with Hope being Douglas’ mother, as he wants nothing more than to be with her someday.