The Bold and the Beautiful Spoilers: Liam Shocked By Hope’s Behavior – Goes Crawling Back To Steffy 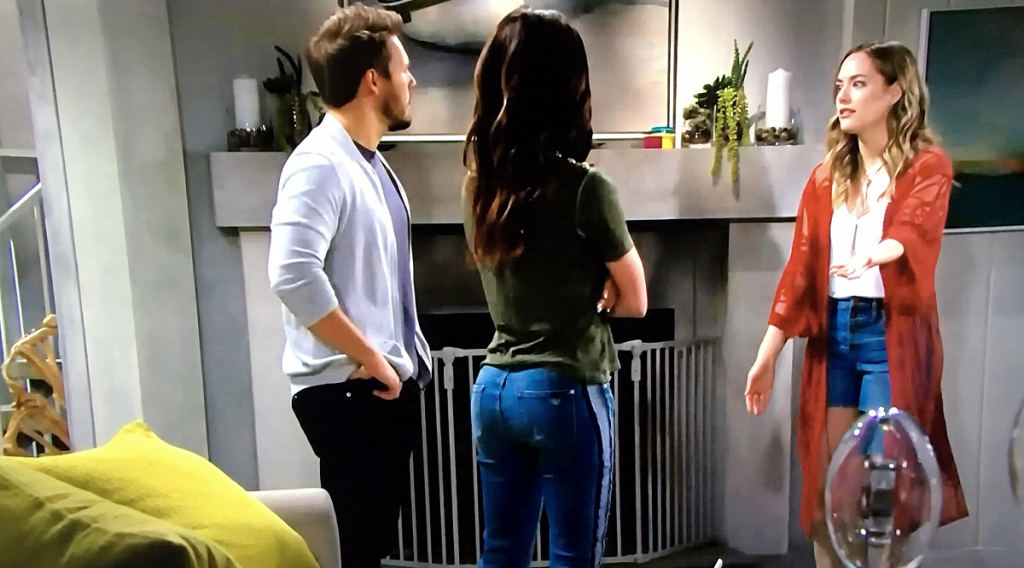 However, the meltdown might be a good thing for Steffy Forrester (Jacqueline MacInnes Wood). It might result in her winning back the man she loves without even trying.

It seems that Hope is experiencing jealousy, fear and insecurities in her romantic relationship, as well as adjusting to motherhood. She went into a panic when Liam mentioned baby Beth had a visit with Steffy. Then, a text message caused Hope to lose control. She stormed over to Steffy’s place to confront her, as well as to fire off demands.

The Bold and the Beautiful spoilers tease that Steffy and Hope end up getting into an argument. The women fought about “PhoeBeth,” but they debated about Liam. Right on cue, he walked in to hear all the ruckus and gets in between the women. While he tried to neutralize the situation, Hope couldn’t stop herself from giving orders. 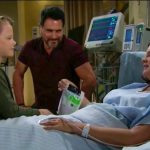 While Hope was going into a jealous rage and barking orders at her man, Liam looked at her with shock. It’s almost as if he couldn’t believe what he was seeing and hearing.

He then made it clear to Hope that she needed to be more sensitive to Steffy. This was not the response Hope was expecting. In fact, she gets frustrated that Liam doesn’t back her up, but instead defends his former lover.

B&B spoilers suggest that Liam could end up feeling conflicted about the two women. He is currently with Hope. However, he recently had a chat with Steffy, in which their honest feelings were revealed. That would have been enough for Liam to wonder “what if’s.” However, with Hope’s temper tantrum, could he begin having second thoughts about his relationship?

It seems possible that Hope losing control could create romantic conflict for “Lope.” Is it possible that Hope’s behavior could result in Steffy winning back her former flame without even trying? If so, how will Hope deal with rejection? Will she completely lose control when her fears and insecurities become reality?

The Bold and the Beautiful Spoilers: Hope Gains Douglas But Loses Liam

The Bold and the Beautiful Spoilers: Don Diamont Shows How to Self-Quarantine –…

The Bold and the Beautiful Spoilers: Dr. Escobar gets played by Sally – Fashion…