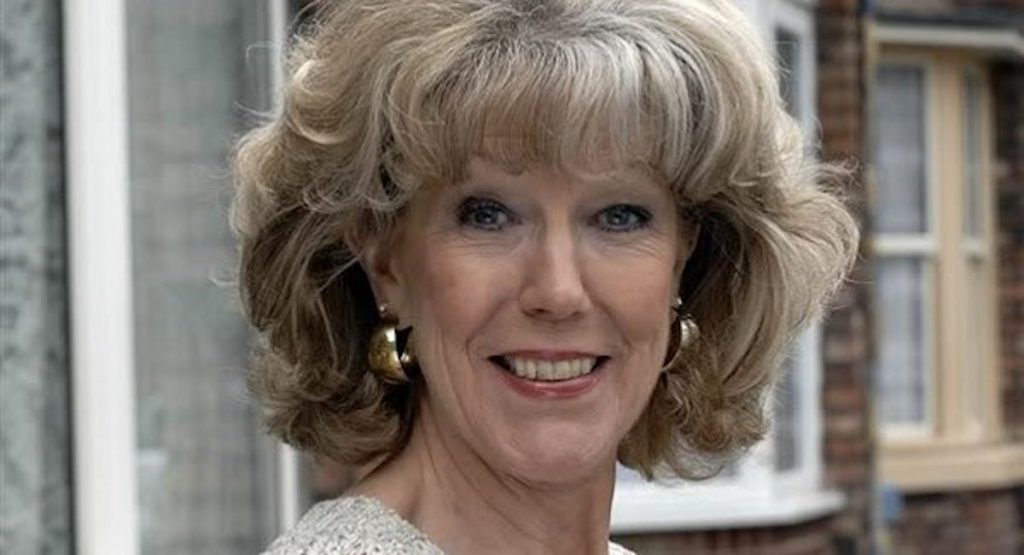 Viewers of “Coronation Street” may be wondering why they haven’t seen Audrey Roberts (Sue Nicholls) on screen lately. The actress, who’s been a staple in the show since 1979, has been forced to take a break.

Nicholls revealed that she was written off the show temporarily after she had an accident at home and broke her collarbone.

In an interview with The Mirror, the actress said detailed the fall.

Nicholls Got Written Out Of Some Scenes

“I live in a tiny flat and Mark [Eden, her husband] goes to bed much earlier than me. I was creeping around in the dark after taking my face off at about 11 o’clock and sat on the side of the bed. But I missed the bed and fell over.”

The actress had to undergo an operation and was advised to rest and recover from her injury. Because of that, she was written out of some scenes. Nicholls, as professional as she is, didn’t like the fact that she had to take some time off work. She didn’t want to let people down, but she said everyone in the show has been supportive.

“This all happened after I got my Outstanding Achievement Award [at the 2019 British Soap Awards] – serves me right for being big-headed!” Nicholls joked.

Nicholls Has No Plans of Leaving The Show or Retiring

The actress also denied rumors that she’s planning to retire soon. She pointed out how much she loved the soap and doesn’t want to leave anytime soon.

She explained that she’s loved her work more over the past few years and even if she’s already over 70 years old, she has no plans of stopping.

She added that she doesn’t want to stay at home and just sit around. She’s having too much fun doing her job and in case the show fires her, she’ll try doing other things like singing. She reiterated that she’d never retire.

“If they’ll have me, I’d love to be here in 10 years’ time because I like playing her. There’s lots to achieve yet, so if I get the sack I’ll lock myself in Audrey’s salon and refuse to leave,” she continued.

Needless to say, Coronation Street fans will have to tune in to the ITV network to find out what will happen next!

The Bold and the Beautiful Spoilers: Liam Shocked By Hope’s Behavior – Goes Crawling Back To Steffy

Days of Our Lives Spoilers: Princess Gina’s Comeback Questioned – Dr. Rolf Had Nothing To Do With It?