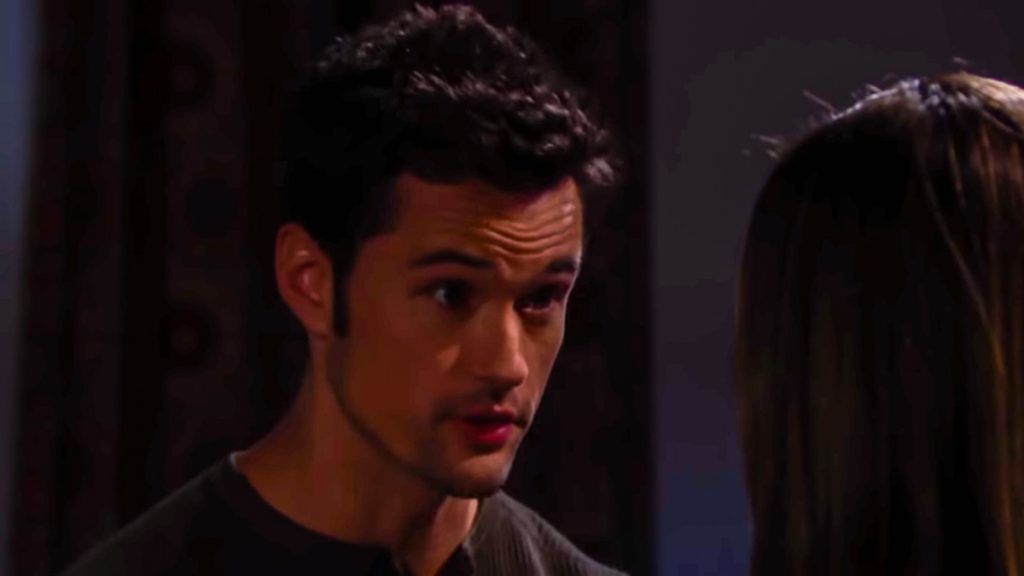 The Bold and the Beautiful spoilers document that Thomas Forrester’s (Matthew Atkinson) remarkable second survival from a life-threatening event gives him another opportunity to be a real father to his son. Yes, Douglas Forrester (Henry Joseph Samiri) needs Thomas to finally man up.

After living in four locations in less than a year, Douglas needs to remain in a familiar location and around people who care for him. In order for that to happen Thomas must seek the mental health treatment he needs and get over his fixation with Hope Logan (Annika Noelle), as continuing along the same path would likely lead to eventual tragedy based on the recent past.

What is the common plot thread between Thomas falling over a cliff in his sister’s back yard and later plunging into a vat in the storage room at his family’s company? His behavior, that’s what.

Thomas purposely withheld Beth Spencer’s (Madeline Valdez and River Davidson) existence from Hope and others. When that was revealed, the then Mrs. Forrester naturally was enraged. That’s why she misinterpreted Thomas’ intentions at the foot of the cliff, as did her mother, Brooke Logan Forrester (Katherine Kelly Lang).

Once again, Thomas’ behavior, in making repeated amoral proposals to Hope caused her to think he’d done something awful with Douglas. Saying that he’d put his son in storage sounded like Samiri’s character was being restrained somewhere within Forrester Creations. That’s why Hope felt she needed to frantically run through the building and why she pushed Thomas off the landing above the vat when he tried to kiss her.

Thomas has acted like he has for months partially because Ridge Forrester (Thorsten Kaye) continued to enable him. Overcome by emotion, Kaye’s embattled character truly believed he was defending his child.

No one should place the overwhelming majority of blame for all that’s happened on anyone other than Thomas. But Ridge clocks in at a clear number two, in whatever low percentage amount the audience wishes to assign to him.

Having heard half the story from Brooke and Hope, Ridge needs to be leery of allowing himself to be played by Thomas when the latest full truth is learned.

Liam Spencer (Scott Clifton), who is Beth’s father, has Hope’s best interests at heart. He’s the man Hope should be connected to, not Thomas.

While the bond Douglas formed with Hope is real, she has her own child to care for. And, Douglas isn’t solely influenced by his father as long as Ridge, Eric Forrester (John McCook) and others are helping to provide care for him.

Moving forward, Hope needs to consider if the shared custody agreement she obtained is also best for Beth and Liam. If Hope is sincere about wanting Lope to remain a couple, then any pursuit of Douglas’ full custody must be discussed with and approved of by Liam first.

Soap Opera Spy s a leading source for everything linked to The Bold and the Beautiful. Check back regularly for B&B spoilers and news!