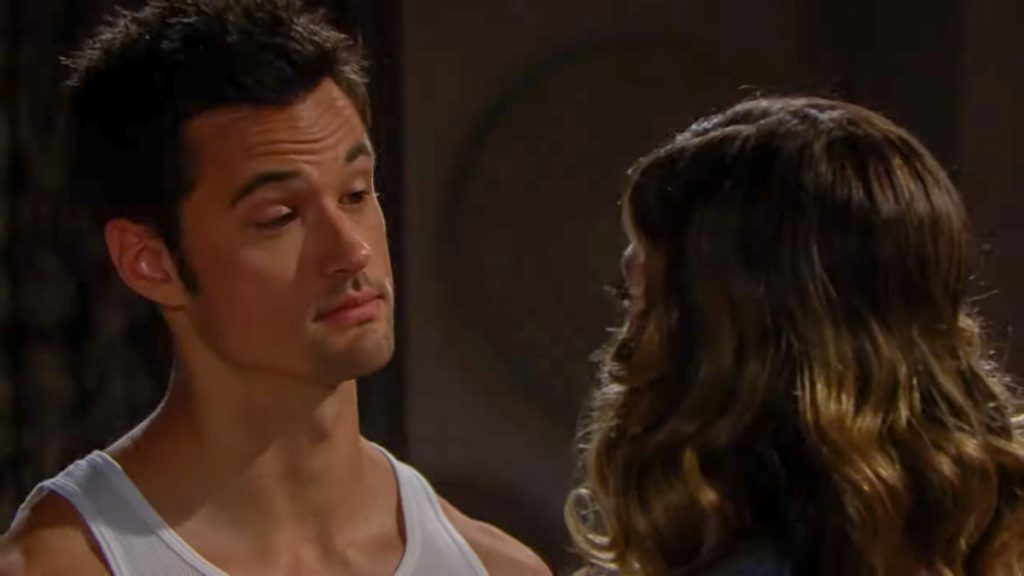 The Bold and the Beautiful spoilers for Friday, November 8, tease that Hope Logan (Annika Noelle) will wait nervously as Thomas Forrester (Matthew Atkinson) is about to sign the adoption papers. As B&B viewers know, Thomas is on the verge of giving Hope exactly what she wants, which is to become Douglas Forrester’s (Henry Joseph Samiri) adoptive mother with joint custody of the little boy.

According to ongoing B&B spoilers, Hope will become Douglas’ adoptive mother, so it looks like Thomas will ultimately sign those papers. But what happens from there will be pretty explosive, as B&B spoilers say that things will take a turn for the worse between Hope and Thomas. Will Hope turn on Thomas the moment she’s got the signed papers in hand?

It appears that things will really get out of hand, since B&B spoilers say that Hope will end up going on a frantic search of the Forrester building looking for Douglas and yelling at Thomas about being a monster. Of course, B&B viewers know that there’s currently a very dangerous situation in the Forrester building, since there’s an open vat of hydrochloric acid in the washing machine area.

The Bold and the Beautiful spoilers say that a dangerous situation will unfold on Friday’s episode. Will Hope fear that Douglas might have wandered into the area with the vat of acid? That would certainly result in a frantic search, but B&B spoilers also indicate that Thomas will be missing in the episodes to follow. Will Thomas be hurt somehow during the search?

Bold & The Beautiful Spoilers – Bridge Argue Over Their Children Again

Meanwhile, on Friday’s new episode of B&B, Brooke Forrester (Katherine Kelly Lang) and Ridge Forrester (Thorsten Kaye) will find themselves arguing again. As B&B viewers know, Ridge has been on edge recently about Hope’s behavior. He thought it was strange that she attended the Forrester Halloween party and was being so nice to Thomas. Something just seemed awry, even though he’s not privy to the details of Hope’s plot.

Of course, if Ridge knew that Hope’s plan was to coerce Thomas into giving her joint custody so that she could later petition the court for full custody, he’d be livid. Brooke knows Hope’s plan, but she’ll apparently keep this from Ridge as they argue. But she will defend Hope’s right to legally adopt Douglas, which will infuriate Ridge.

Ridge will probably argue that Douglas doesn’t need another legal parent, since he has Thomas and his extended Forrester family. He’ll feel like Hope is overstepping her bounds, but that will probably lead Brooke to argue that Douglas needs Hope in order to have a stable upbringing. Of course, Brooke doesn’t feel that Thomas is a fit parent, and she’ll probably make this known during their argument.

At any rate, look for an explosive scene between Brooke and Ridge on Friday’s B&B episode, as they’re just not going to be able to find common ground where Thomas and Hope are concerned.