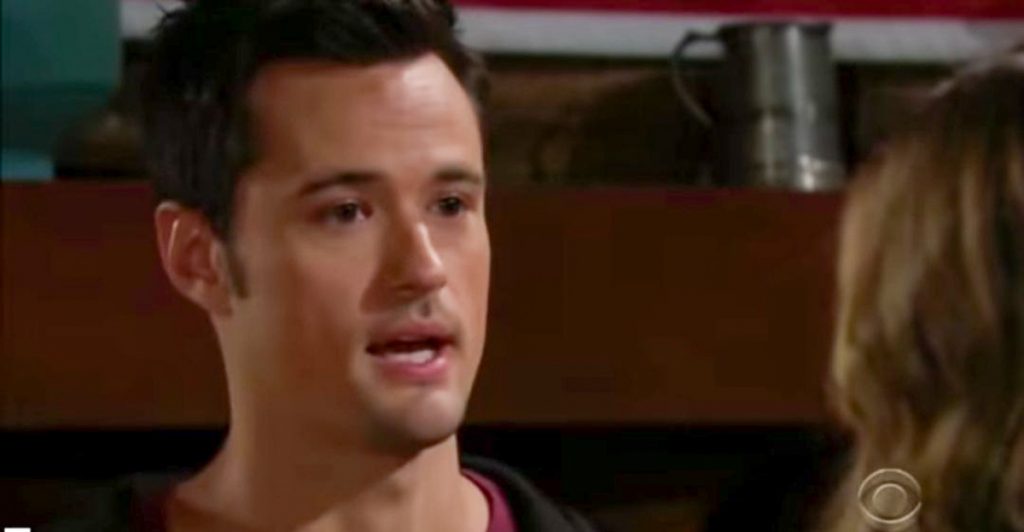 The Bold and the Beautiful spoilers tease that Hope Logan (Annika Noelle) will get a shocking offer. As B&B viewers know, her heart was broken when Thomas Forrester (Matthew Atkinson) came and took his son Douglas Forrester (Henry Joseph Samiri) away from her home. Hope wanted Douglas to stay with her and Liam Spencer (Scott Clifton) and become part of their family with Beth Spencer (River Davidson and Madeline Valdez). But that dream was shattered when Douglas left for the Forrester mansion with his father and Ridge Forrester (Thorsten Kaye).

Well, it seems that Hope won’t stop angling for a chance to raise Douglas. According to B&B spoilers, Hope will continue to work on Thomas to try to wrangle custody of Douglas. And she’ll even formulate a plan to use Thomas’ feelings for her to get him to comply with her request. She’ll tell Brooke Forrester (Katherine Kelly Lang) that she’s going to use Thomas’ feelings for her to cajole him into getting what she wants.

As you can imagine, neither Brooke nor Liam will be thrilled with Hope’s plan. Brooke thinks Thomas is dangerous and doesn’t want Hope anywhere near him. Liam basically feels the same way, plus he’s ambivalent about taking Douglas in anyway, since he’s already spread thin between Beth and Kelly Spencer (Chloe Teperman and Zoe Pennington) as it is. But it looks like Hope will persist, and she’ll unveil her big strategy on Halloween.

According to B&B spoilers, Hope will attend Eric Forrester (John McCook) and Quinn Forrester’s (Rena Sofer) Halloween party. She’ll of course want to be there for Douglas, who will be attending, but she’ll also have a plan in mind for Thomas as well. She’ll want him to sign paperwork giving her joint custody of Douglas, which will apparently be her new strategy, since Thomas won’t totally relinquish his parental rights.

This all sounds pretty sneaky on Hope’s part, but it looks like Thomas will quickly catch on to what Hope’s trying to do. It seems that he’ll pick up on the fact that Hope is suddenly being nice to him and trying to manipulate him based on his feelings for her. We can’t forget that Thomas is himself a master manipulator, so he’ll have a sneaky plan of his own to unleash on Hope.

According to B&B spoilers, Thomas will ultimately offer Hope what she wants, but in return she’ll need to give him what he wants. And B&B spoilers indicate that what he proposes to Hope will be on the indecent side. Exactly what he proposes remains to be seen, but given that the spoilers say he’ll make an indecent proposal, it looks like he’ll ask for Hope to sleep with him in exchange for his cooperation in her quest to have joint custody of his son.

It sounds like a horrible situation for Hope. She obviously won’t want to sleep with Thomas, but she’ll want to do what she thinks is best for Douglas. And of course Thomas will know that if Hope goes through with it and sleeps with him, then that will basically destroy her relationship with Liam…which is probably exactly what Thomas wants. He’d probably love to be responsible for breaking up Hope and Liam for a second time, after everything that’s gone down.

We’ll see exactly what Thomas’ proposal is, but it’s certainly looking like Hope’s going to be in a bind here. And since it would seem completely uncharacteristic of Hope to actually sleep with Thomas, she may need to switch tactics pretty quickly. What do you think Hope will do in response to Thomas’ request? Stay tuned to the CBS soap and don’t forget to check Soap Opera Spy often for the latest Bold and the Beautiful spoilers, updates, and news.

The Young and the Restless Spoilers: Colin Running His Biggest Con Yet – Tristan Rogers Headed Back To Genoa City?