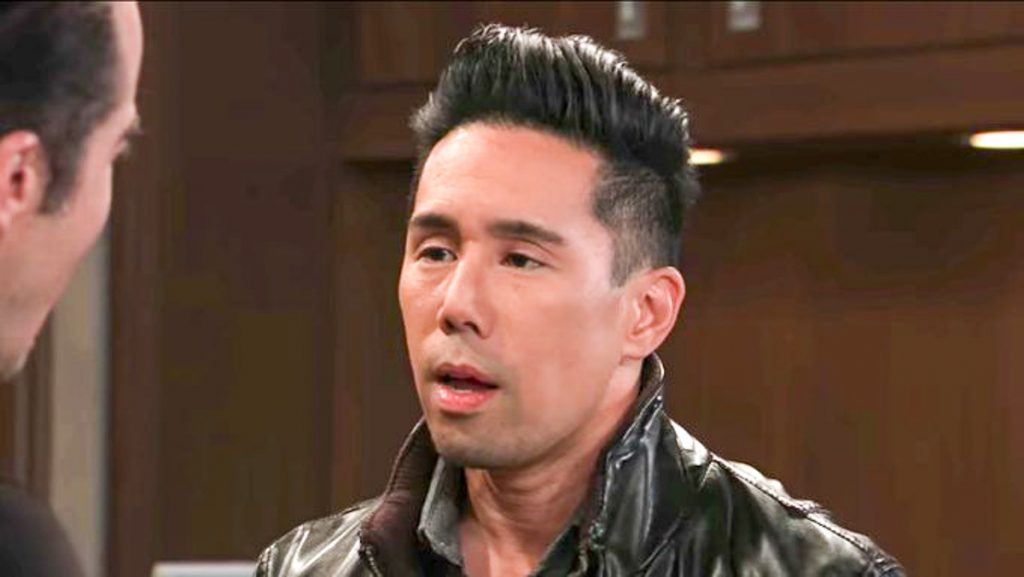 General Hospital (GH) spoilers tease that just when Brad Cooper (Perry Shen) thought he and Lucas Jones (Ryan Carnes) were stronger than ever, that Lucas will finally realize that Brad will always have secrets and decide that enough is enough! Dr. Leisl O’Brecht (Kathleen Gati) just informed Lucas that Brad is still keeping some big secrets from him.

Lucas seemingly backed Brad up during this confrontation, but once O’Brecht left, Lucas laid into Brad about what else Brad was keeping from him. Brad played innocent, but it looks like Lucas is done believing Brad’s lies. Spoilers say that the two will get into a physical altercation very soon. Lucas just cut all ties with his father, Julian Jerome (William DeVry) Lucas believed Brad over him. What will make Lucas so angry that he physically attacks Brad? Could this be time when Lucas finds out about the baby swap? 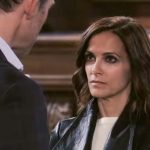 Regardless of what information is spilled, it looks like this might be the end for Brad and Lucas. It’s seems likely that Lucas will kick Brad out of their home and will likely start divorce proceedings! But Brad has other problems, with Julian seemingly trying to get Brad’s schedule. It seems like he might be ready to kill Brad. He’s threatened Brad before, but Julian is angrier than ever.

Dr. O”Brecht is another wild card. She might also have had enough of Brad. She doesn’t want her involvement in the doctored DNA tests for Sasha Gilmore (Sofia Mattsson) uncovered, so she might just want to silence Brad herself. It looks like Lucas may not have to bother with a divorce as Brad may not live very much longer.

Will Lucas and Brad finally call it quits? Will Brad be killed by Julian Jerome or Dr. O’Brecht? Might Lucas be blamed for the crime after their physical altercation? Some exciting scenes are coming up on General Hospital, so stay tuned weekdays on ABC! And don’t forget to check back right here regularly for all your General Hospital news, information and spoilers!